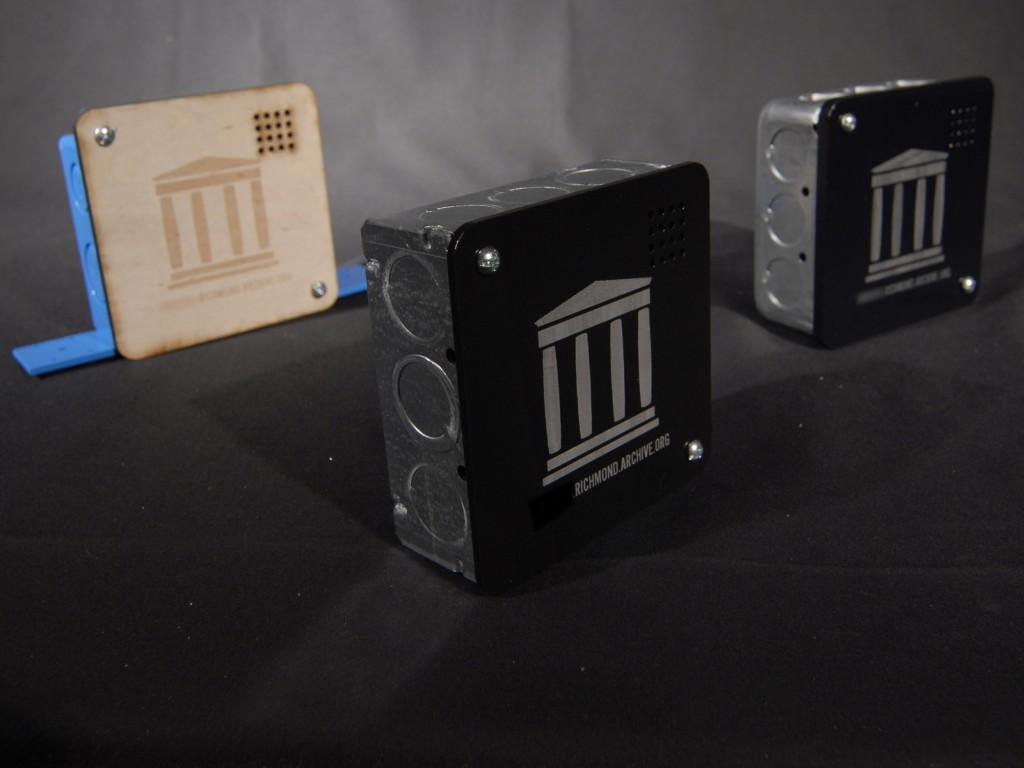 I had a need for a cheap, standard enclosure for a humidity and temperature monitoring project. While there are many, many options for enclosures out there, few are cheap AND locally available. It occurred to me that electrical junction boxes are widely available, inexpensive, and consistently dimensioned. 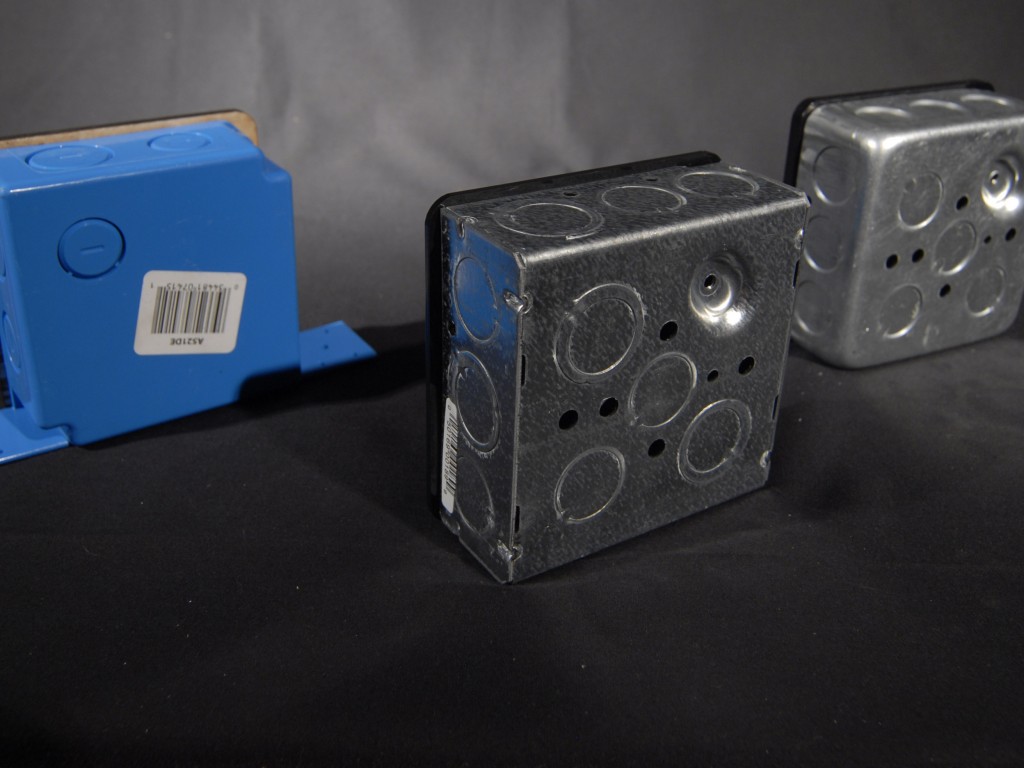 So, off to Home Depot I went, wallet and calipers in tow. There were a few attractive junction boxes, each around $1 each:

There was even a blue plastic cover! 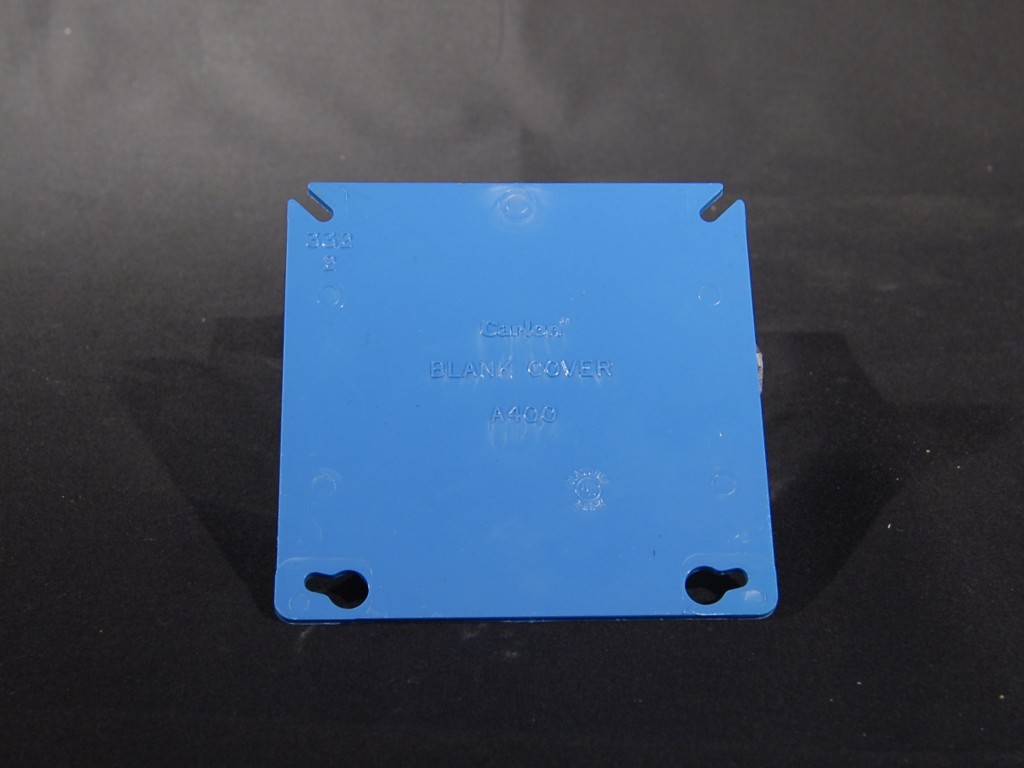 But, on closer inspection, the cover turned out to be unsuitable. It’s made of PVC, which cannot be cut or marked on the laser. Etching or cutting PVC on the laser forms gaseous hydrochloric acid, which is toxic, corrosive, and voids the warranty on your laser cutter. Don’t cut PVC/Vinyl on the laser if you value your health, safety, and/or warranty. Incidentally, if you are buying a used laser, always look for signs of rust around the optics/cutting area. Rust is a good indicator that the laser was abused in this particular way.

After some iteration on cheap 1/4″ import Baltic Birch plywood… 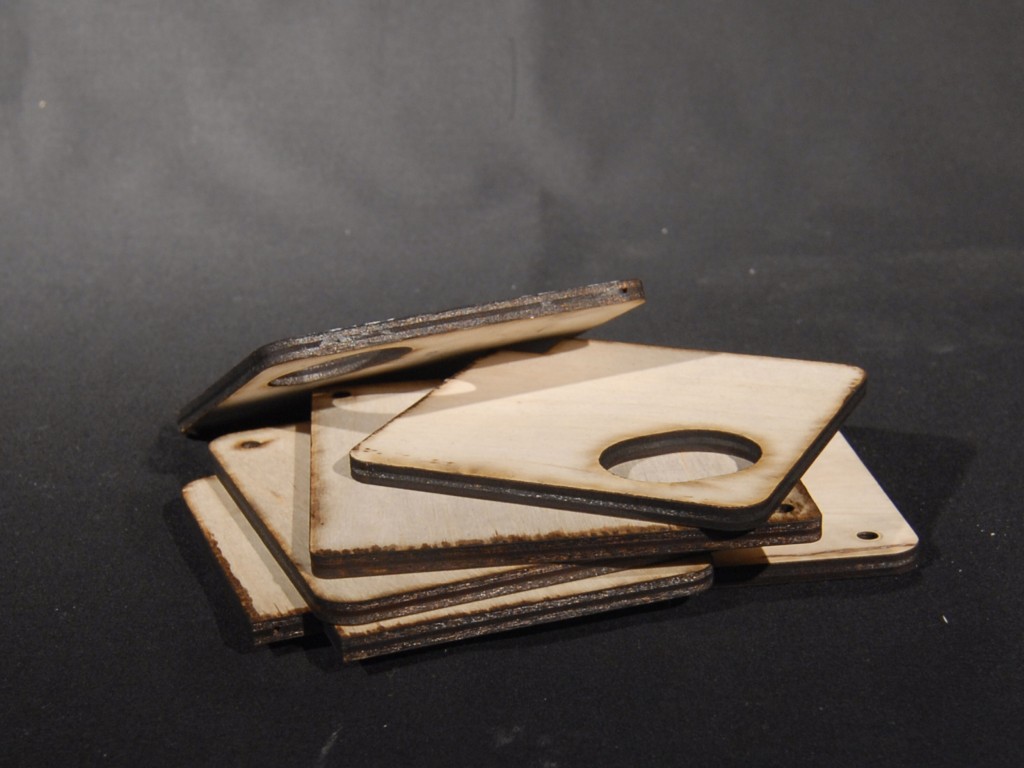 I came up with this — a simple, Open Hardware cover and liner system for junction boxes. If you have access to a laser cutter, you can now make custom project boxes, suitable for holding Arduino AND a shield, in minutes. It’s as simple as a top plate and a bottom plate – the bottom plate designed to insulate the Arduino or other electronics from the metal box. Of course, as pictured above, you can also use the blue PVC boxes while retaining the laserability of this cover. 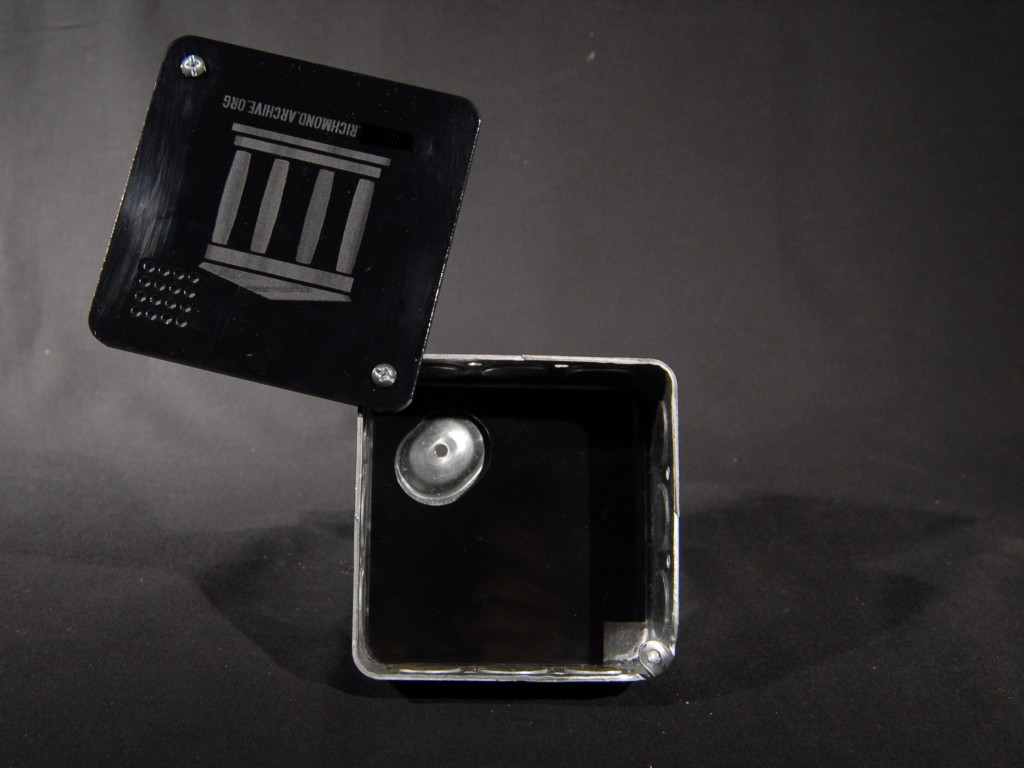 Here’s a nice shot showing some of the better features of this setup. First, by knocking out one of the knock-outs on the side, it is possible to feed in ethernet, USB, and sensor cables with room to spare. Second, even with the insulating plate in place, there is enough room for Arduino with a shield and header pins sticking up. Third, the box comes with screws suitable for fixing the cover in place. Pretty slick, and very cheap. 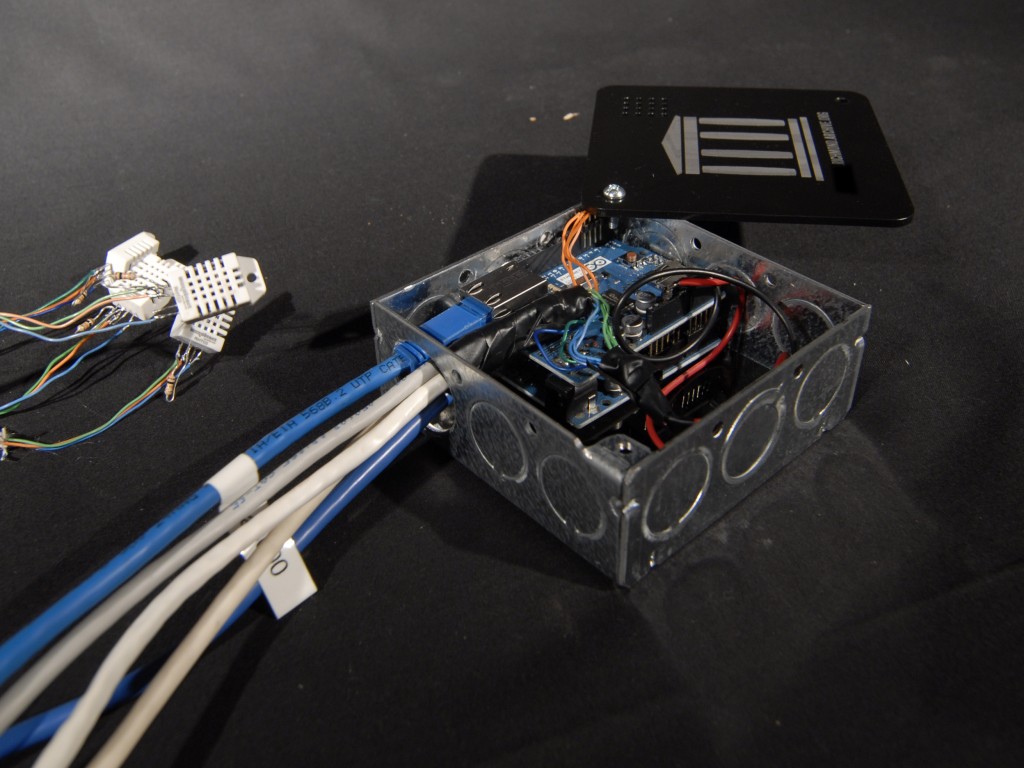 This is Open Hardware. 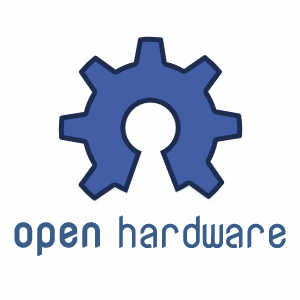 The Internet Archive is pretty excited about Open Hardware, and most or all of my work here will be released as such. This is release number 1 of many. Here is the artwork. (this link will be updated shortly).