Two different, but somewhat related additions to the archive you might want to check out.

First, I was contacted earlier this week about a project to recover information off of an old Cray-1 supercomputer hard drive. Unlike, say, trying to get your old floppies to read or pulling an old mix tape off of a cassette, with something as old as a Cray-1 (a computer once called the “World’s Most Expensive Love Seat“), you don’t even have a place to really plug it in: functioning Cray-1 machines are rare as you can get, and even if you were to get the hard drives spinning up and read off of – where would you get the data off the Cray?

Researcher Chris Fenton has a thing about Cray supercomputers – he built a tiny homebrew version of one that used emulation to allow you to experience some aspect of Crays, from his desktop. So when he found himself with a 80 Megabyte CDC 9877 disk pack, which was quite a lot for the early 1970s, it wasn’t just a matter of hooking it up to USB. (Actually, we have a brochure for the behemoth you would put this disk pack into to read it.)  Here’s what a nearly-the-same CDC 9987 looks like: 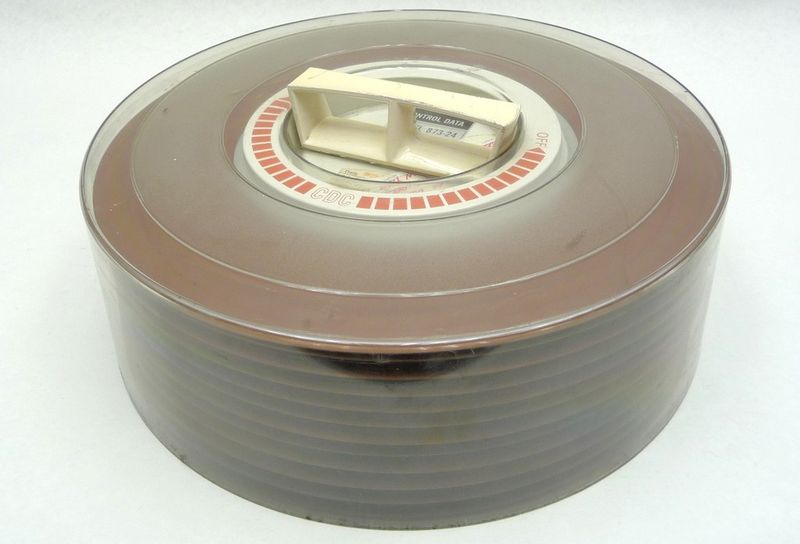 Ultimately, Fenton got the information off of the disk pack using a whole variety of techniques and experiments, as part of a research project this summer. He wrote a paper about the process, entitled “Digital Archeology with Drive-Independent Data Recovery: Now, With More Drive Dependence!” and it’s now mirrored here at the archive. If nothing else, be sure to browse through the paper just to see the customized stepper motor and reader he build to pull the magnetic data off the platters. And I was kind of understating things… ultimately he did hook it up to USB.

From this careful, forensic-quality magnetic scan of the drive, Fenton has produced a large image of the disk, one far larger than the data on it but allowing further experimentation and reading from the image without having to build a robot in your basement. And now, we’re offering this image on the archive. Remember, you won’t be able to pull this data down and go back to the 1970s, instantly – you should be reading up documentation of disk formats, learn about how pull information off of magnetic flux recording, and a whole other host of material and knowledge…. but hey, weekends are for having fun, right?

Fenton is associated with the NYC-based hackerspace, NYC Resistor and it was their mailing list that got in contact with me to get this disk image up to the archive.

Coincidentally, this was also the week that two NYC Resistor members released a book, for free, which you might really enjoy. Bre Pettis and Astera Schneeweisz hatched a plan to make a book on hackerspaces at the end of 2008. They wanted to put it together in less than two weeks, and as people submitted photos, essays and other material, the project increased in size, more folks were brought in, and this month the end result was released for free. 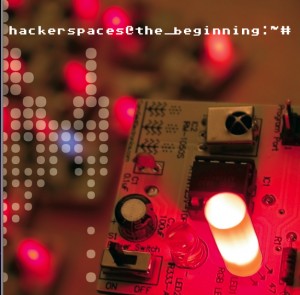 Entitled “Hackerspaces: The Beginning”, this photo-filled book is available at the archive to read online or download. A worldwide view of hackerspaces throughout the world as of 2008, it also includes memories of spaces past and dreams of spaces future. It’s an excellent snapshot of a beautiful, technological world well worth browsing this weekend (and weekends to come).

So if you’re in the mood for advanced research or just to check out some great photos, the archive’s got something for you!