(brewster is in fashionable white)

Brewster Kahle is honored to be inducted today into the newly formed Internet Hall of Fame administrated by the Internet Society.  As the Society that administers much of the Internet turns 20 years old, they have introduced this award at their annual meeting in Geneva.

“Brewster Kahle is the founder and Digital Librarian of the Internet Archive in 1996. An entrepreneur and Internet pioneer, Brewster invented the first Internet publishing system and helped put newspapers and publishers online in the 1990′s.” —Official Biography of the Internet Society

The Internet Archive’s work, to help build a robust library system reinforcing the publishing systems of the Internet including the World Wide Web, is likely to have been a reason for this award.   As well, this is for Brewster’s earlier work on the first Internet publishing system and search engine, Wide Area Information Servers, in 1989. 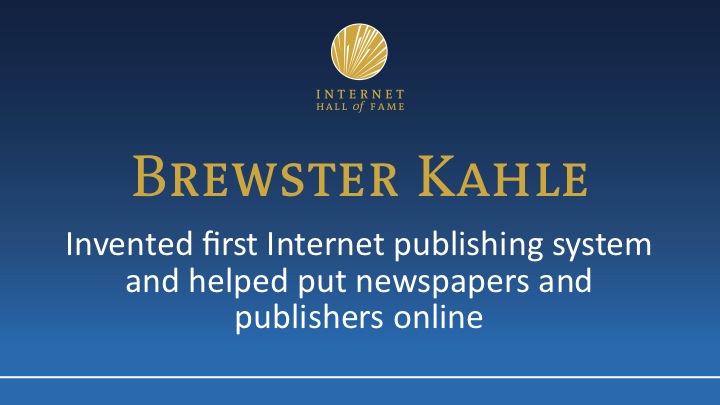 20 thoughts on “Internet Hall of Fame”