Anyone visiting the Internet Archive’s Internet site has seen our logo: an abstract rendering of a classical building with four columns. And anyone visiting our San Francisco headquarters in recent years has seen a similar edifice. 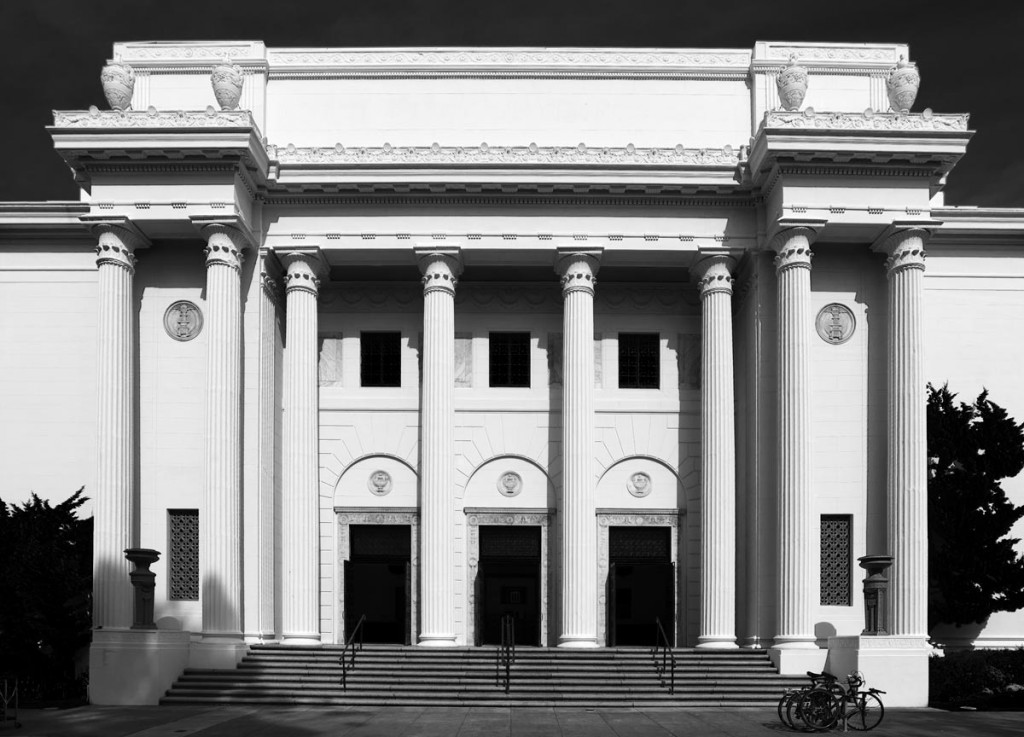 So which came first, the chicken or the egg? (Or, as our Russian friends say, the sturgeon or the caviar?) In fact, the logo was designed and adopted when the Internet Archive was created in 1996. At the time, no one dreamed we’d buy a building that looked like the logo in 2009. Life imitates art?

With the Electronic Frontier Foundation, we are trying to stop a bad Internet law in Washington State, which got a hearing this week. On a cheerier note, the Internet Archive uploaders hit a few milestones recently:

Medicine in the Americas passed 6,000 books.

Court cases documents uploaded by volunteers using the Pacer system passed 700,000 cases. (Thanks to the Recap team at Princeton.)

It is great fun to watch these things roll in. (Thank you Hank Bromley for the stats.) Onward!

Georges Méliès was a French illusionist and filmmaker famous for leading many technical and narrative developments in the earliest days of cinema. A prolific innovator in the use of special effects, he was one of the first  filmmakers to use multiple exposures, time-lapse photography, dissolves, and hand-painted color in his work. Because of his ability to seemingly manipulate and transform reality through cinematography, Méliès is sometimes referred to as the first “Cinemagician.”

Segundo Víctor Aurelio Chomón y Ruiz was a pioneering Spanish film director. He produced many short films in France while working for Pathé Frères and has been compared to Georges Méliès  because of his frequent camera tricks and optical illusions. He became involved in film through his wife, who was an actress in Pathé films. In 1902 he became a concessionary for Pathé in Barcelona, distributing its product in Spanish-speaking countries, and managing a factory for the colouring of Pathé films. He began shooting actuality films of Spanish locations for the company, then 1905 moved to Paris where he became a trick film specialist.

Other Picks from the Archive

This five-minute piece from the Drive-In Movies Ads collection presents a fascinating look at a relatively short-lived cultural phenomenon: the drive-in movie theatre.

Drive-in theatres have almost vanished from the American landscape. Once upon a time, though, they provided for an inexpensive family outing and a place for dating couples couples to enjoy recreation that may or may not have involved watching a film. That led theatre managers to issue this warning:

HELLO YOUNG LOVERS—WHOEVER YOU ARE—We’re Glad The LOVE BUG Caught Up With You!

But … We Must Insist That You Do Not Allow His Bite To Effect [sic] You Conduct While In This Theatre.

Public Demonstration Of Affection } Will Not Be Tolerated Here.

And in case there was any doubt about taking an unambiguous moral stance, the audience was admonished to, “Attend Your Place of Worship Regularly.”

Are you or your kids tires of the Brothers Grimm? If so, these stories from long ago in another culture may be just what you’re looking for:

What are your Archive favorites? Please suggest a link or two and a few words about why you appreciate your recommendation to:

If you don t already have a free Internet Archive library card, you may get yours here:

There, enter your password into the “Change Your Account Settings” option, then click on the ”Verify” button. That will bring you to your accounts setting page, where you may change your subscription status in the  Change Announcement Settings  section.

If the above URL is inoperable, make sure that you have copied the entire address. Some mail readers will wrap a long URL, breaking the link.

David Glenn Rinehart is an artist in residence at the Internet Archive as well as a cartoonist, composer, filmmaker, musician, and writer. His work is at http://stare.com/ and elsewhere.