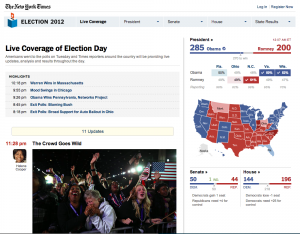 Over the past year we archived tons of pages about the United States 2012 presidential election.  You can revisit the New York Times live coverage page from election day, the campaign sites of Republican hopefuls like Newt Gingrich and Ron Paul, and mini-scandals like Romney’s car elevator or using aspirin as contraceptives.  The Wayback record of the 2008 election was recently used by the Sunlight Foundation to contrast how Obama’s team dealt with disclosing inauguration donors then vs. now, so hopefully the 2012 election content will prove just as useful in the future. 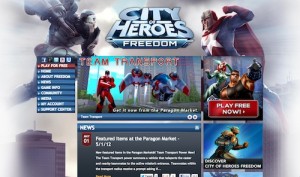 The prolific volunteers of Archive Team spent a lot of time this year archiving web sites on the verge of disappearing and then contributing those records to Internet Archive.  City of Heroes (including the boards with years of posts), Fortune City and Splinder were all saved from the proverbial wood chipper.

The updated version does have at least one known issue – there is a small amount of older content missing from the index, and it will take us another month or two to sort out that problem.  In the mean time, you can still visit the previous version of the Wayback with that content.

We would like to thank the following for all their efforts in making the updated Wayback Machine: