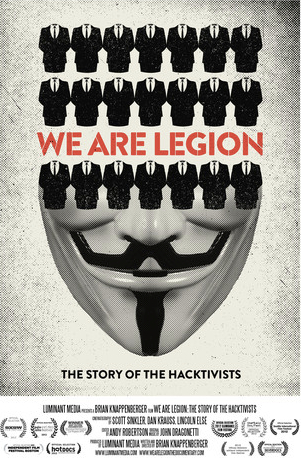 Please join filmmaker Brian Knappenberger, journalists Quinn Norton and Ryan Singel and lawyer Thomas Nolan for a showing of “We Are Legion: the Story of the Hacktivists.” (trailer) The documentary about the hacker/activist group ‘Anonymous.’

Recorded Video of the Panel

Please RSVP to help us keep a rough count.

15 thoughts on “Friday March 22nd Movie and Panel about Anonymous: We Are Legion”