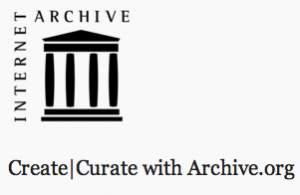 When it comes to collaborative culture, tumblr is where it’s at – and we’re ready to jump in. We’re not going to just redirect this blog, though, we’re opening up our tumblr URL to anyone interested in messing around with our content.

We’re looking at this as an opportunity to show the world some of the amazing stuff we’ve collected – over 10 petabytes of information just waiting to be juxtaposed, made into macros, remixed, glitched, written on, moshed, analyzed, sequenced and combined in ways we haven’t dreamed of.

We will be accepting 52 people. We’ll be here to offer support and guide them in their exploration with content and code, then we’ll feature their finished work for a week on the official tumblr. Each person’s residency will also be archived, of course. That’s what we do!

Check out http://internetarchive.tumblr.com for more details and an application form.