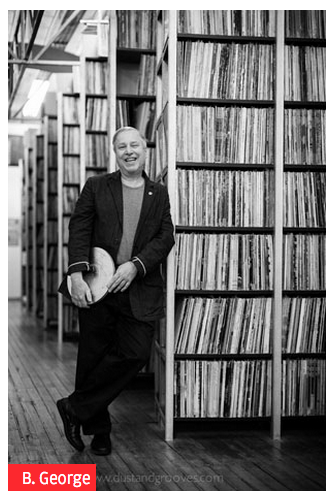 When the personal record collection of music producer Bob George hit 47,000 discs, he knew something had to be done.  “I wanted to give them away, but they were mostly punk, reggae and hip-hop,” he recalled, “and no established library or archive was interested.” The only thing to do, it would seem, was to turn his collection into a non-profit archive in New York called the ARChive of Contemporary Music.  29 years later, the ARC is one of the largest popular music collections in the world, with some three million sound recordings, 19,000 music-related books, and millions of photos, press kits and artifacts.  Now this rich musical resource—used primarily by musicologists and the entertainment industry—is teaming up with one of the largest digital libraries in the world, the San Francisco-based Internet Archive, to create a music library that will preserve and provide researcher access to a wide range of music and the rich materials that surround it. 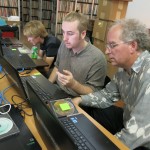 Powered by teams of volunteers, the two archives are partnering to digitize CDs and LPs and then use audio fingerprinting to match tracks with metadata from catalogs and other services.  Using Internet Archive scanners, the ARC is digitizing its books and photographs at its New York facility.  When complete, this music library will be a rich resource for historians, musicologists and the general public. 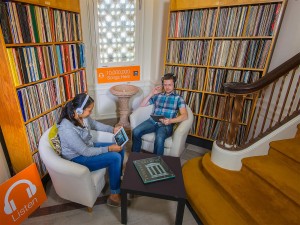 Starting today, the public can listen to millions of tracks for free, including many that are not available in Spotify or iTunes, at the Internet Archive’s new listening room in San Francisco.  “The Internet Archive has allowed us to move forward at unprecedented speed, originally with book scanning and now with the digitization of a wide range of audio formats,” said Bob George.  “The physical records from around the world that the ARC has archived are a unique treasure,” said Brewster Kahle, founder and digital librarian of the Internet Archive. “Soon these records will be studied in new ways because they will be digital as well.” 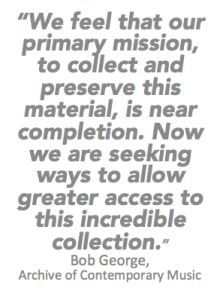 Since 1985, George, the ARC’s co-founder and director, has run the organization in Tribeca, New York City, supported by friends in the music industry including Paul Simon, David Bowie and Nile Rodgers.  The Rolling Stones guitarist Keith Richards endows a collection of blues and R&B recordings there. Filmmakers Martin Scorsese and Jonathan Demme stop by when trying to track down hard-to-find songs.  Yet for most of its almost three decades, the ARC has been a decidedly “analog” experience:  records, CDs and cassette tapes line its walls; to experience a song you usually have to drop a needle into a pristine vinyl groove.  The collaboration with the web-based Internet Archive represents a new direction.  “We feel that our primary mission, to collect and preserve this material, is near completion,” said Bob George. “Now we are seeking ways to allow greater access to this incredible collection.” 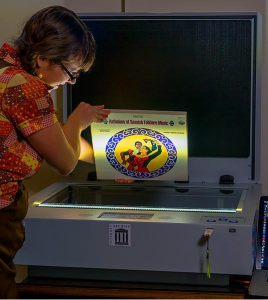 The Internet Archive may be best known for the 435 billion web pages in its Wayback Machine, but this digital library has always been a place where live music collectors go to preserve concerts on the web.  Its audio collections include some 130,000 live concerts by bands such as the Grateful Dead, Jack Johnson and Smashing Pumpkins—many with more than a million plays. Recently, the ARC shipped 46,000 seventy-eight rpm recordings to the San Francisco-based non-profit, and has donated tens-of-thousands of long-playing records. Music labels Music Omnia and Other Minds are making their entire collections searchable on www.archive.org, in part because the Internet Archive is one of the few online platforms that preserves audio, texts, musical manuscripts, photos and films and makes them accessible forever, for free.

The Internet Archive listening room is now open to the public for free on Fridays from 1-4 pm, holidays excepted, and by appointment at 300 Funston Avenue, San Francisco, CA.  Those interested in donating physical music collections to the ARC or Internet Archive should contact info@arcmusic.org or donations@archive.org.