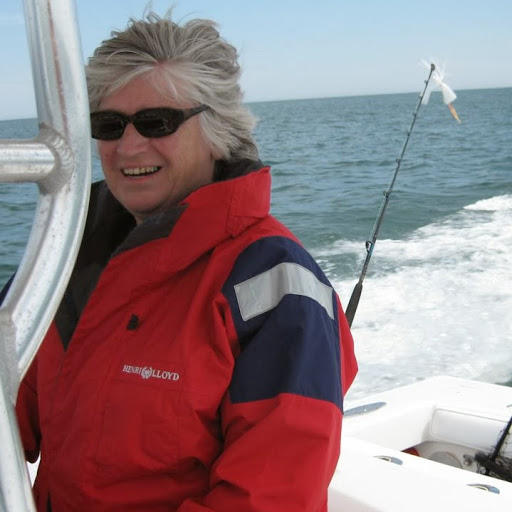 A live wire in the library field, and a firebrand for openness, Cathy Norton helped keep libraries free and open during this current digitization wave.

Fun and opinionated, we learned that she had the background and evidence to make the bold statements she did–  keep the library materials free and open.

Cathy played a very important role in the development of our Book Digitization project in it’s early years. These were years when the future of book digitization’s growth and it’s public access was not certain. She stood up to the biggest tech companies; she took on publishers, she badgered research libraries to be broader than their local agendas and, at the end of the day, made a difference. Cathy remained contemporary, relevant and vocal up to the very end.

I (brewster) was grateful when I would sail Woods Hole and show up with bags of laundry and a salty demeanor, she would be welcoming and helpful.   Always up for an adventure, she had a firm idea of the world she was trying to build.

On behalf of the Digital Readers everywhere, the Internet Archive would like to want to raise a digital book to Cathy Norton, a champion of open knowledge, a positive force for collaboration and just a truly fun person who was up to take on any challenge related to moving libraries and public access forward. Thank you Cathy for what you helped create!

With celebration and sadness,

Here is the obituary that appeared for Cathy.

With sadness, the MBL notes the passing of former Library Director, Catherine N. Norton, who died peacefully at home after a battle with cancer. Cathy graduated from Sacred Hearts Academy, Fairhaven, MA, Regis College, Weston MA, and taught psychology at Chamberlane Jr. College while at Boston College graduate school more than fifty years ago.   She and her husband Thomas J. Norton moved to Falmouth for the “summer” but never left. She is survived by her 4 children whom she idolized and were with her when she passed, Dr. Margaret Molly Norton, Michael Norton, Kerrie Norton Marzot, and Thomas “Packy” Norton; and her grandchildren: Buddy Norton Estes, Toby Marzot, Drew Norton, Kate Norton, Hailey Norton, Roberto Marzot, and Julietta Marzot.

Cathy was active in community affairs. She served on the Falmouth school committee in the eighties and early nineties as chair and vice chair, was a town meeting member, and most recently represented Falmouth on the Steamship Authority board. She was instrumental in naming the new vessel “Woods Hole” that will be serving the islands from the Mainland.

Cathy lived for her family, friends, fun, faith and flowers. She remained long time friends with classmates from grammar school all the way through graduate school and showed how much she valued their friendship. In her professional life at the Marine Biological Laboratory she helped build international networks that spread digital information freely to countries that needed it from South America, to Africa, to Europe, and all the countries in between. A proponent of open access, she loved to travel to these countries and spread the word about the Biodiversity Heritage Library Project. As President of the Boston Library Consortium she helped form a group of libraries that worked with the Internet Archive to digitize open access books and journals, making them available to anyone with an internet connection.

Cathy had a flair for life, and her tremendous energy and can-do attitude guided her more than 30-year career at the MBL. Cathy came to the MBL in 1980 as a member of the MBLWHOI Library staff and earned a Masters in Information Science from Simmons College in 1984. In 1991, as the electronic frontier began to enhance information access, Cathy embraced change to become the MBL’s first Director of Information Systems. In 1994, she was appointed Library Director and became a leader in promoting the digital library and open access.

During her tenure she spearheaded the development of uBio, a digital biodiversity database that served as a foundation for the Encyclopedia of Life project. She helped develop an innovative Biomedical Informatics course sponsored by the National Library of Medicine designed to enable biomedical researchers and practitioners to embrace the power of technology. Cathy was also a founding member and served as Chairman of the Biodiversity Heritage Library, a worldwide collaboration of libraries and museums making biodiversity literature freely available. In 2011 Cathy retired as MBLWHOI Library Director and was named Library Scholar.

Beyond the MBL, Cathy was a Justice of the Peace for 39 years, marrying many happy couples on the beaches and back porches of Cape Cod.

Everyone who knew her has a “Cathy story” – how she inspired them with a project, connected them with another collaborator, worked her “magic” to make the seemingly impossible a reality, or made them laugh, especially with stories of weddings she presided over as a Justice of the Peace.

The MBL has established an endowed fund in Cathy’s honor, and its flag will be lowered in her memory. The family has requested that in lieu of flowers, please make donations to the Catherine N. Norton Endowed Fellowship at the MBL, www.mbl.edu/research/norton-fellowship.

A memorial service will be held on Saturday, December 27 at 11 AM at St. Patricks church on Main Street in Falmouth.