As previously reported on this blog, the Internet Archive is engaged in a large-scale digitization project of over ten thousand reels of educational, industrial and amateur films as well as the development of tools that facilitate pedagogical and research use of this collection. In doing this we have striven to follow guidelines and specifications accepted within the archival community and consulted with partners on best practices and workflows. We have also been actively involved in discussions and webinars within the Association of Moving Image Archivists to develop a tiered approach that best serves the needs of each project.

Such a differentiated approach is necessitated by the fact that digitization of physical assets held by archives, libraries and museums has thus far been construed as the generation of preservation-quality digital surrogates that can serve a number of potential needs: restoration, exhibition and online distribution among them. Setting the bar this high has understandably hindered progress and made archivists reticent to invest in the time, personnel and equipment needed to plan such a complex project. The result has been  enormous backlogs, widespread neglect — especially in genres and modes of filmmaking like non-theatrical films where there is no immediate incentive for distribution and commercial exploitation –and overwhelmed grant makers (NFPF, CLIR) trying desperately to prioritize from a sea of equally worthy projects.

Granted, this situation cannot be solely attributed to the insistence for high standards and the costs of film preservation; nor is this a call for the bar to be lowered on these fronts. Instead, the archival community should replicate what has been a very successful and continuously updated set of guidelines for preservation into the realm of digitization which currently lacks national, disciplinary and scholarly guidance. We desperately need a set of shared practices that can serve a wide variety of institutions while keeping in mind the primary reason why we are all striving to preserve our shared audiovisual heritage in the first place: to put it (back) in the hands of the public, on as global and open-access base as possible.

The Internet Archive as a whole is driven by this philosophy and thus it is no surprise that in our film digitization activities too, emphasis has been placed on scale and access. 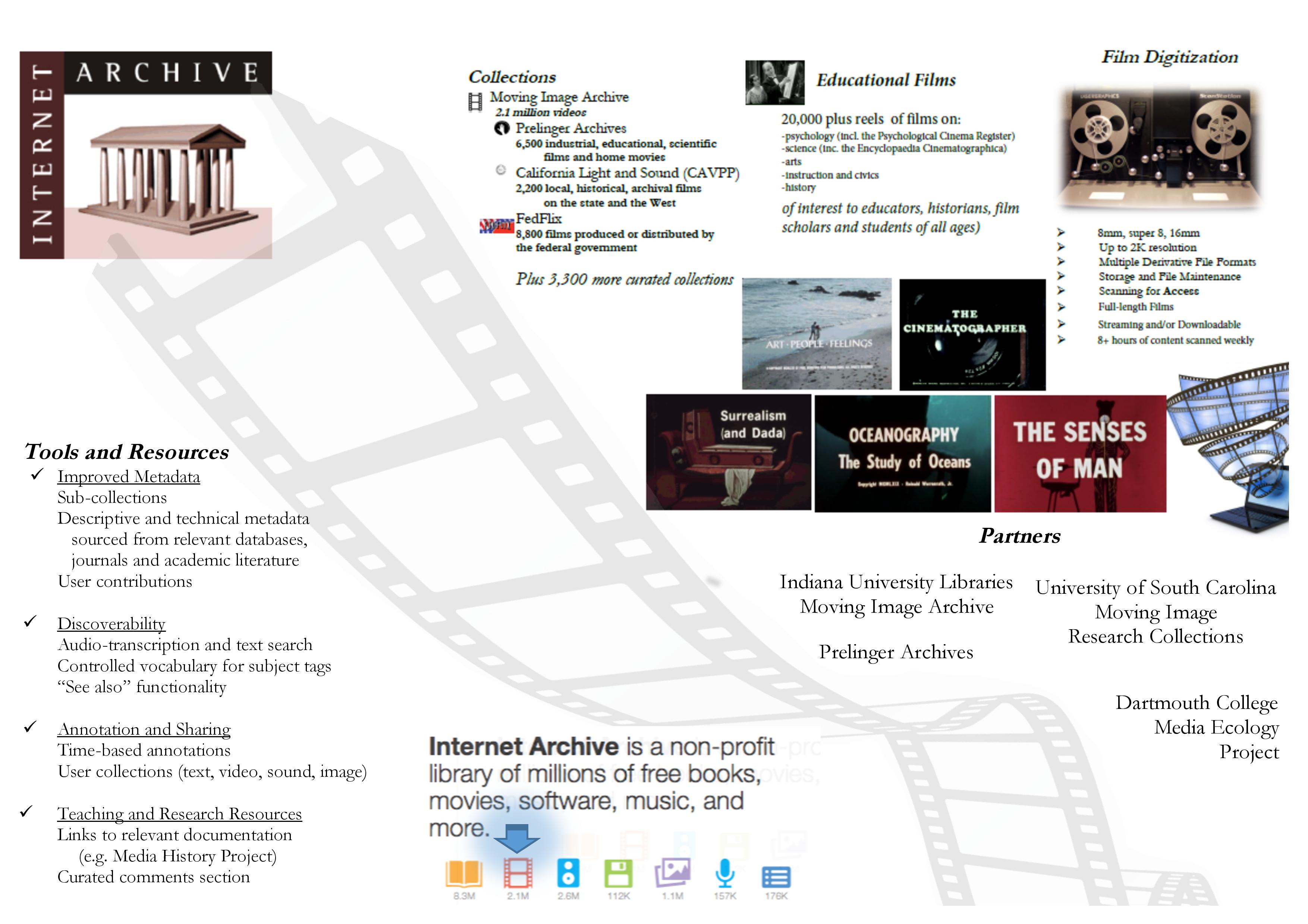 Instead of following the example of other major archives that are frequently constrained (as a partner complained to us) into scanning a maximum of 100 reels of home movies a year out of a collection that numbers in the tens of thousands, we have chosen to take a nuanced approach into what NARA calls “distribution/reproduction” masters.

We ask ourselves what it would  be like to structure a digitization workflow on the following assumptions:

Currently at the Internet Archive, we are digitizing, uploading, curating and making publicly available (in most cases for the first time in many decades) upwards of 40 hours of content every week. That corresponds to almost 100 reels of 16mm film and 1,5 terabytes of audiovisual files. This is approaching the amount of original programming that the NET (National Educational Television) was providing weekly to its viewers during its heyday. We are doing this with a limited staff, enthusiastic volunteers, one 16mm film scanner and optimum coordination from the physical to the digital to the online curation realms.

While numbers don’t tell the whole story, it’s certainly hard to argue that an access-based model of digitization should not be part of the (inter)national conversation about the preservation of our audiovisual heritage.

3 thoughts on “Digitization at Scale or What does it Mean to Scan for Access?”