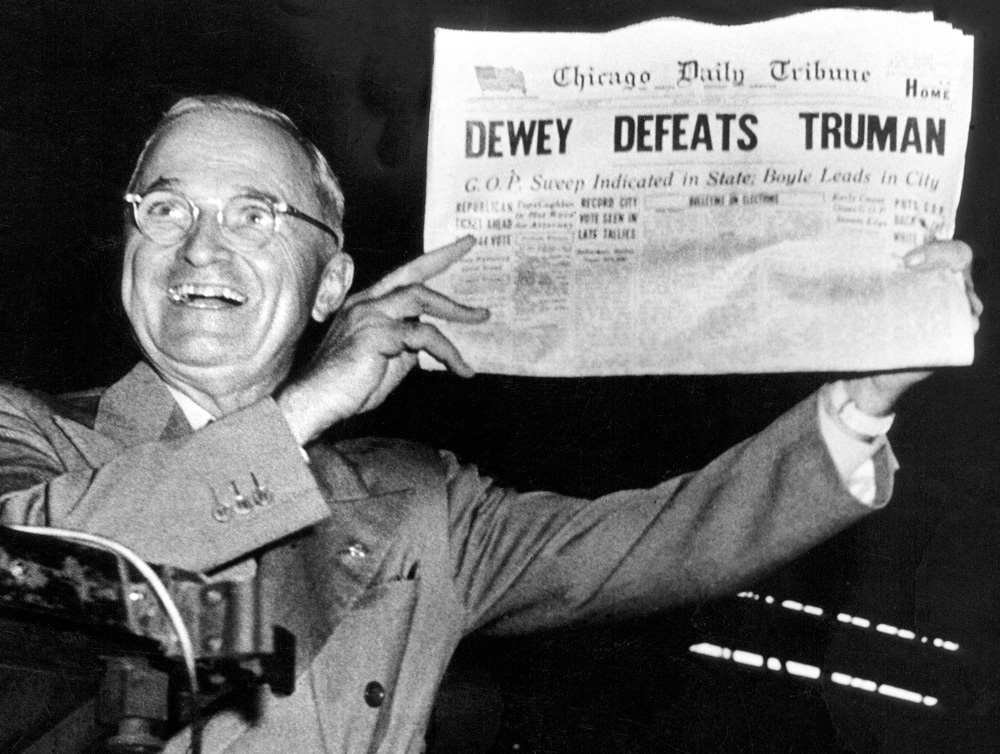 Physicist Niels Bohr may or may not have been thinking about The Chicago Daily Tribune’s famously erroneous 1948 “Dewey Defeats Truman” headline when he wrote, “Prediction is very difficult, especially about the future.” In a case of déjà vu all over again, history repeated itself last week. 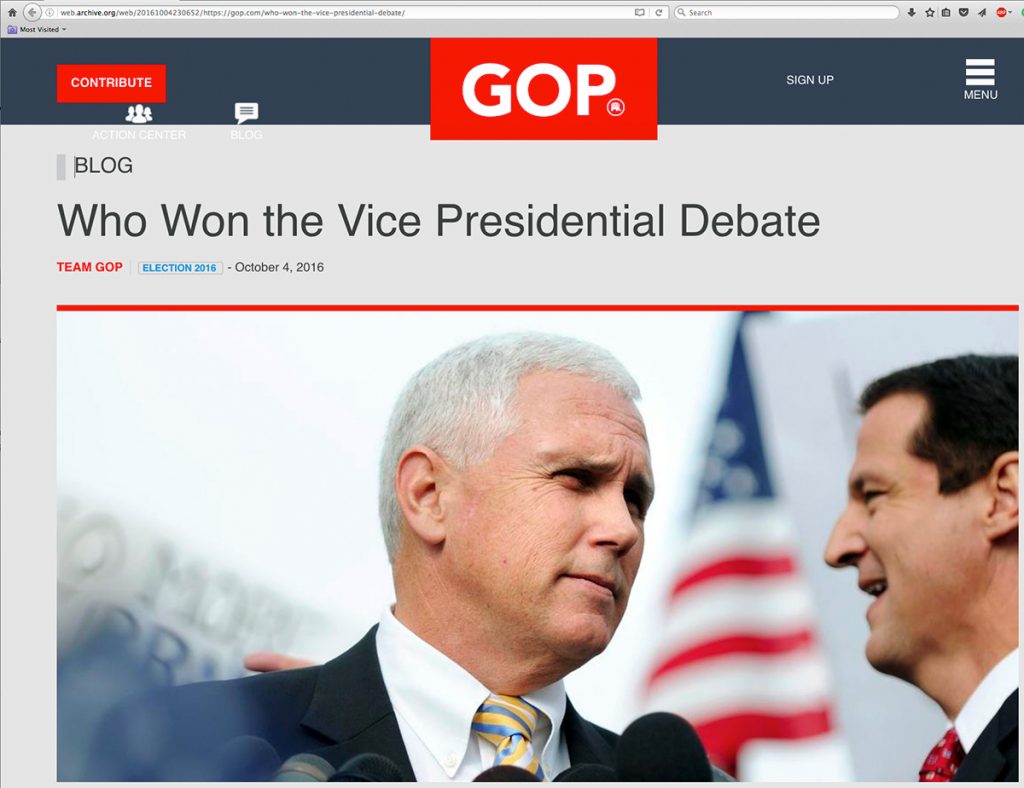 No one expects a political party to provide an objective analysis of a debate, so the Republican party’s verdict on the Vice Presidential debate came as no surprise:

“Americans from all across the country tuned in to watch the one and only Vice Presidential debate. During the debate we helped fact check and monitor the conversation in real time @GOP. The consensus was clear after the dust settled, Mike Pence was the clear winner of the debate.”

What did raise more than a few eyebrows was the timing: gop.com announced the “results” of the debate over two hours before the debate actually began. Although it’s not unusual for party officials to prepare article outlines in advance, what was atypical was the timing of the post. A staffer noticed the mistake and took down the pages touting Pence’s accomplishment, but not before the Internet Archive’s Wayback Machine preserved a web capture of the site. It’s a fine example of how our archives serve as timely and unedited historical records.