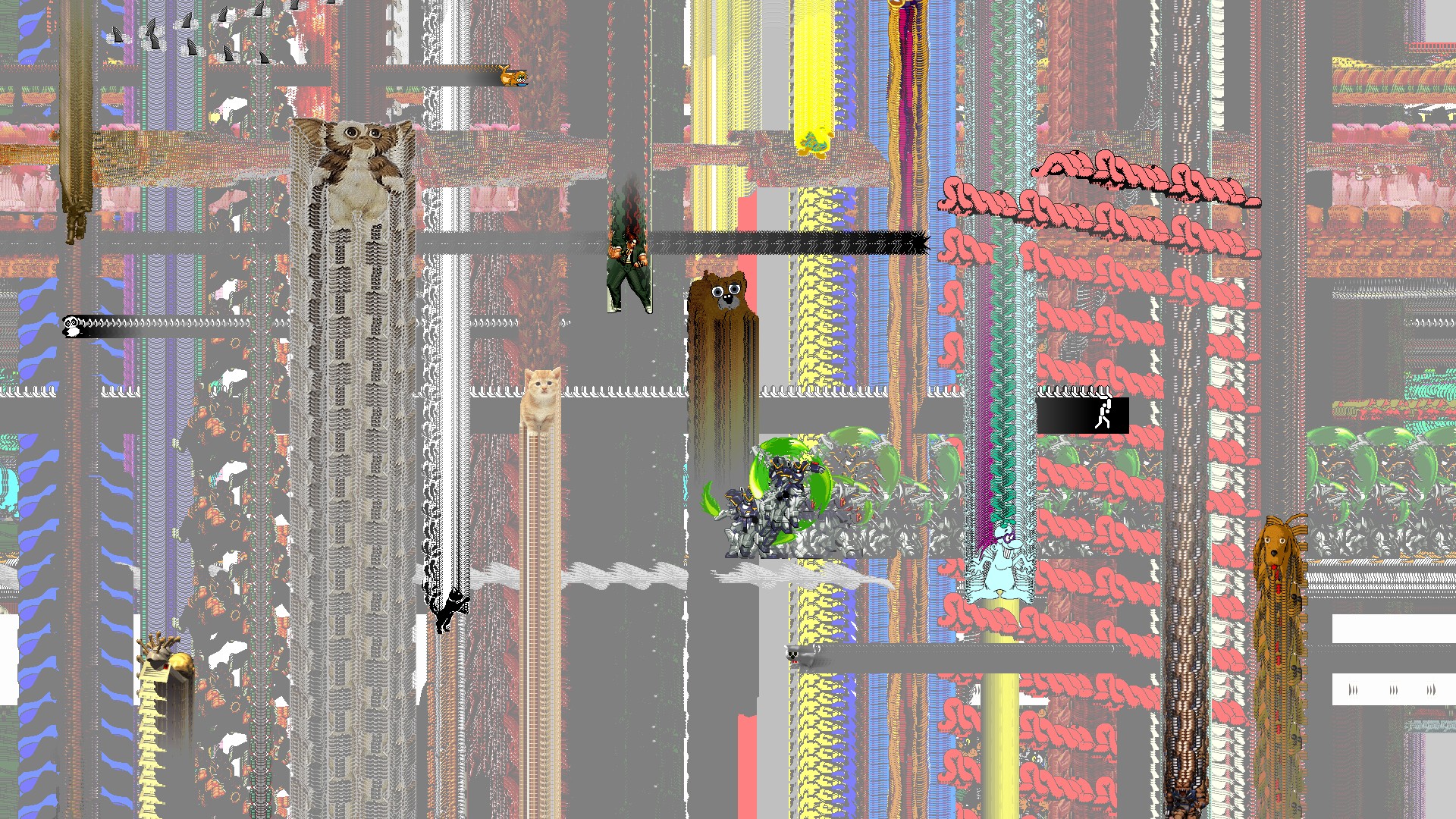 Image from the GIF Collider, by Greg Niemeyer and Olya Dubatova

Have you ever wondered what happened to all the GIF animations that sparkled in the dawn of the internet? According to artists Greg Niemeyer and Olya Dubatova, they have become part of the digital subconscious, and the Berkeley Art Museum & Pacific Film Archive (BAMPFA) is presenting what that subconscious might look like, in an exhibit called GIF Collider.

Niemeyer studied both the Internet Archive’s  collections of GIF animations and the Prelinger Film Archives from the 1950’s. He noticed how the film archives, which include ads, educational films and propaganda, show a heavy gender and racial bias. In comparison, the GIF animations from forty years later reflect less gender and racial bias—but we can’t help but wonder with more historical distance, what kinds of bias will become apparent in the future?  What about these GIFs do we not see now, that will be obvious in 50 years?

For three days, from Wednesday, October 26 to Friday, October 28, from dawn to dusk, BAMPFA invites you to ponder these questions as thousands of GIF animations emerge and collide on the huge public outdoor screen in a ballet of memory and erasure. Call it an outstallation, and it’s free for the walking to the intersection of Addison Avenue and Oxford Avenue in Berkeley. The GIFS will be presented in several chapters, playing for 30 minutes of every hour.

A special showcase with music made for the GIF Collider by Paz Lenchantin (Pixies) and with live music performances by Trevor Bajus and Space Town is planned for Friday, Oct 28, from 6-8 pm.