Open Libraries is a multi-year project to build the online equivalent of a great, modern public library, lending millions of digital books to billions of people who currently have little access. Working with US libraries and organizations serving people with print disabilities, the Internet Archive is curating, digitizing and preserving diverse collections of books held by libraries. In time, US libraries that own a hard copy will be able to offer patrons temporary digital access, just like loaning a book.

To build this new online collection, we are pleased to introduce you to a group of new leaders who will be propelling us forward in different arenas:  partnership and collection building, digitization at scale, fundraising and managing the physical preservation of our millions of books.   Please welcome the Internet Archive’s newest leaders:

Chris Freeland is the Director of Open Libraries, working with partners in the library world to select, source, digitize and lend a the most useful books for scholars, students, library patrons and people with disabilities around the world. Before joining the Internet Archive, Chris was an Associate University Librarian at Washington University in St. Louis, managing Washington University Libraries’ digital initiatives and related services. He has an M.S. in Biological Sciences from Eastern Illinois University and is currently pursuing a Master’s of Library and Information Science at University of Missouri-Columbia. Chris loves to explore the intersections of science and technology in a cultural heritage context, having published and presented on a variety of topics relating to the use of new media and emerging technologies in libraries and museums.

While working previously at Missouri Botanical Garden, Chris founded and led the Center for Biodiversity Informatics and served as the founding Technical Director of the Biodiversity Heritage Library (BHL), an international consortium of the world’s leading natural history libraries that are working together to digitize their historic collections for free and open access. He has been a project director for several large informatics and academic computing projects, including the development of the Tropicos botanical information system, online at www.tropicos.org, and the Biodiversity Heritage Library, online at www.biodiversitylibrary.org.

In addition to his busy academic life, he enjoys making and selling soap for South Compton Soap Company, the small business he runs with his husband, who is also named Chris. 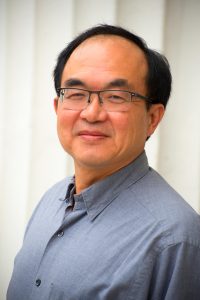 Henry joins the Internet Archive as the Director of Super Center Digitization, where he is responsible for improving and expanding the scale, speed, and quality of our book digitization around the world. Henry has over twenty years of industry experience at companies such as Apple and Ariba. While most of his experience has been in software engineering, he has also run operations and manufacturing teams. Henry worked on the Amazon Kindle, first running the software quality team and later working on initiatives to improve the quality of content and the digital reading experience.

Henry has long been fascinated by the intersection of books and technology. At the University of California at Berkeley, he helped to create an introductory computer science class designed for liberal arts students. His first project at Apple targeted the education market, and he worked for a short-lived start-up that facilitated the buying and selling of book and movie rights. With a PhD in English from Berkeley, Henry marries his love of literature (he was a scholar of James Joyce) with technical acumen.

The nicest rooms in his house are the kitchen and study, which is a good indication of what he likes to do in his spare time.

David has been a “Friend of the Archive” since 2000, advising the organization in the areas of music and entrepreneurship. Now he joins the team as Director of Development to build a major giving program with the Internet Archive’s most committed donors. David knows the rewards of being a major donor from the inside out, having helped to fund two non-profit organizations, putting to good use the proceeds from his digital commerce venture.

David has been a technology industry entrepreneur for over three decades. He was co-founder of KnowledgeWeb, an e-commerce and online publishing pioneer that offered personalized digital products to a global audience in 1996 and developed one of the early online affiliate programs soon after. The company was acquired by a public company in 1999 and David continued to build the company’s technology, audience, and revenue for four more years.  Earlier in his career David was co-founder of technology distributor InfoMagic Australia which represented desktop publishing pioneers like Adobe, Aldus and Radius throughout the continent.

As a philanthropist, David was the seed funder of two non-profit organizations. The first, classical music recording label Musica Omnia founded in 1999, draws on centuries-long work of archivists to bring historically informed performances of Baroque, Classical and Romantic music to modern day audiences. The second, the Biomimicry Institute founded in 2005, offers an approach to innovation that seeks sustainable solutions to human challenges by emulating nature’s time-tested patterns and strategies. In addition to serving on the boards of these two organizations, David was a board member of WiserEarth, the global NGO database founded by environmental leader Paul Hawken.

David still surfs a short board at Ocean Beach and is father to a teenage daughter. 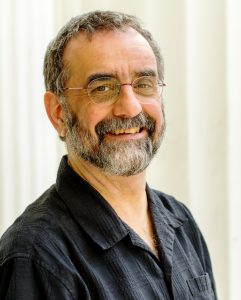 CR Saikley tackled his first engineering problem for the Internet Archive professionally in 2003, when he designed the first generation of PetaBox hardware that stores the trillions of bytes of data in our collections. He has since designed a second generation of PetaBox hardware, and launched multiple digitization projects for the Internet Archive, improving our scanning processes for books and CDs.  CR turns his prodigious problem-solving skills now to our Physical Archive, where he is creating processes to inventory, track and securely preserve millions of physical items, from books to 78 rpm records.

Since his days at MIT, CR has over 30 years of experience in technology development and management in many diverse areas including medical equipment, large-scale data storage, computer vision, data communications, grid-scale power, and semiconductor test equipment.

Outside the office, CR can sometimes be spotted playing guitar in various venues around the San Francisco Bay, or sailing on its glorious waters.