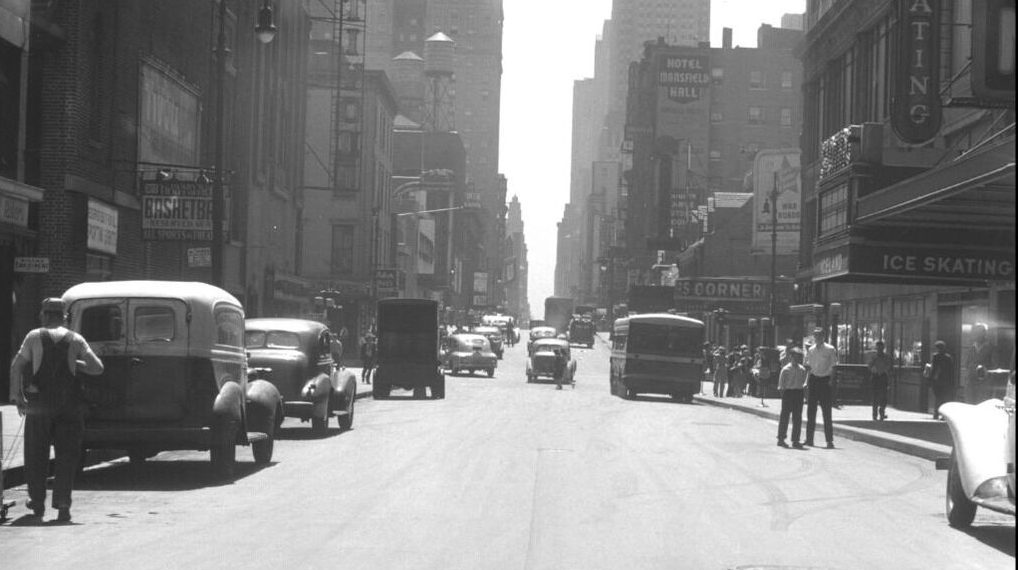 The 83-minute program, which is filled with rare and stunning views of the city shot on 35mm, 16mm, and 8mm film mixes home movies by New Yorkers, tourists, and semi-professional cinematographers with outtakes from feature films and background “process plates” picturing granular details of New York’s cityscape. The combination of intimate moments, memories from many New York neighborhoods, and a variety of rare cinematic perspectives forms a 21st-century city symphony whose soundtrack will be provided by the audience. Viewers will be invited to comment, to ask questions and to interact with one another as the screening unfolds.

Lost Landscapes of New York spans much of the twentieth century, covering daily life, work, celebration, social change, and the city’s changing streetscapes. Almost all of the footage in the film has never been shown publicly. Highlights include: the streets and people of the Lower East Side, Harlem, Brooklyn, and Queens; a 1930s train ride from the Bronx to Grand Central; a visit to pre-demolition Penn Station; street photographers in Times Square; 1931 Times Square scenes in color; Spanish Harlem in the 1960s; housing shortages and civil rights protests in 1940s Harlem; Manhattan’s exuberant neon signage; elevated trains in the 1920s and 1930s; garment strikes in the 1930s; Depression-era hoboes and “Hoovervilles”; crowds at Coney Island in the 1920s; “cutting the rug” at the 1939 New York World’s Fair; Mayor Fiorello LaGuardia reading the comics over the radio during the 1945 newspaper strike; the lost Third Avenue “El”; and much, much more.

“Like an archaeologist, Mr. Prelinger has uncovered…different New Yorks — layer upon layer — and put them together for a singular, complex film experience. It’s an ideal project for this collector extraordinaire, who is one of the great, undersung historians of 20th century cinema.” (Manohla Dargis, New York Times)

Tickets: $10-$25 suggested sliding scale,
but no one turned away for lack of funds.

4 thoughts on “The Lost Landscapes of New York: A Benefit for the Internet Archive — Friday, June 15”