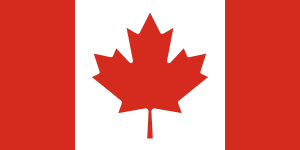 It is an unfortunate truth that libraries have long been called upon to censor or destroy knowledge—a topic we recently explored with Richard Ovenden, author of Burning the Books: A History of the Deliberate Destruction of Knowledge. Indeed, Richard Ovenden has argued that, by standing against such attempts, libraries perform an essential function in support of democracy, the rule of law, and an open society. In the circumstances, it should be no surprise that libraries and librarians tend to react with some alarm to legislative proposals to censor or destroy information—no matter how well intentioned they may be.

So it was with some alarm that Internet Archive Canada reviewed the Government of Canada’s latest proposals to address “online harms.” As EFF and others have noted, policymakers around the world are exploring a range of options—many of them “dangerously misguided”—to address harmful online expression. Canada’s proposal appears to be the latest in this line. As Professor Michael Geist has explained, the Government’s plans:

“include the creation of a bureaucratic super-structure featuring a new Digital Safety Commission, a digital tribunal to rule on content removal, and a social media regulation advisory board. . . . [and also] envisions a myriad of takedown requirements, content filtering, complaints mechanisms, and even website blocking”

Internet Archive Canada expressed some of its own concerns with the online harms proposal in a submission to the government last week. Our friends at Open Media, and many others, did the same. Like Open Media, we are hoping for the best, while standing ready to engage further should legislation on the issue emerge. We hope all concerned Canadians will do the same.