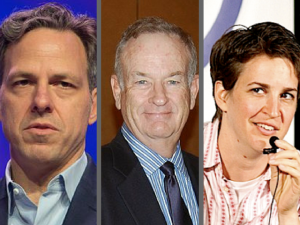 The Internet Archive’s TV News Archive, our constantly growing online, free library of TV news broadcasts, contains 1.4 million shows, some dating back to 2009, searchable by closed captioning. History is happening, and we preserve how broadcast news filters it to us, the audience, whether it’s through CNN’s Jake Tapper, Fox’s Bill O’Reilly, MSNBC’s Rachel Maddow or others. This archive becomes a rich resource for journalists, academics, and the general public to explore the biases embedded in news coverage and to hold public officials accountable.

Last October we wrote how the Internet Archive’s TV News Archive was “hacking the election,” then 13 days away. In the year since, we’ve been applying our experience using machine learning to track political ads and TV news coverage in the 2016 elections to experiment with new collaborations and tools to create more ways to analyze the news.

We’re also proud to be part of the Duke Reporter’s Lab’s new Tech & Check collaborative, where we’re working with journalists and computer scientists to develop ways to automate parts of the fact-checking process.  For example, we’re creating processes to help identify important factual claims within TV news broadcasts to help guide fact-checkers where to concentrate their efforts. The initiative received $1.2 million from the John S. and James L. Knight Foundation, the Facebook Journalism Project and the Craig Newmark Foundation.

We’re collaborating with data scientists, private companies and nonprofit organizations, journalists, and others to cook up new experiments available in our TV News Kitchen, providing new ways to analyze TV news content and understand ourselves. 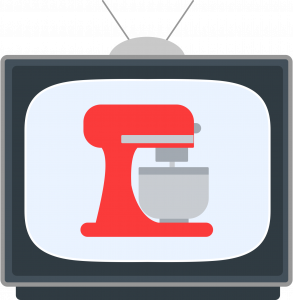 Vox news reporter Alvin Chang used the Third Eye chyron data to report how Fox News paid less attention to Hurricane Maria’s destruction in Puerto Rico than it did to Hurricanes Irma and Harvey, which battered Florida and Texas. Chang’s work followed a similar piece by Dhrumil Mehta for FiveThirtyEight, which used Television Explorer, a tool developed by data scientist Kalev Leetaru to search and visualize closed captioning on the TV News Archive. 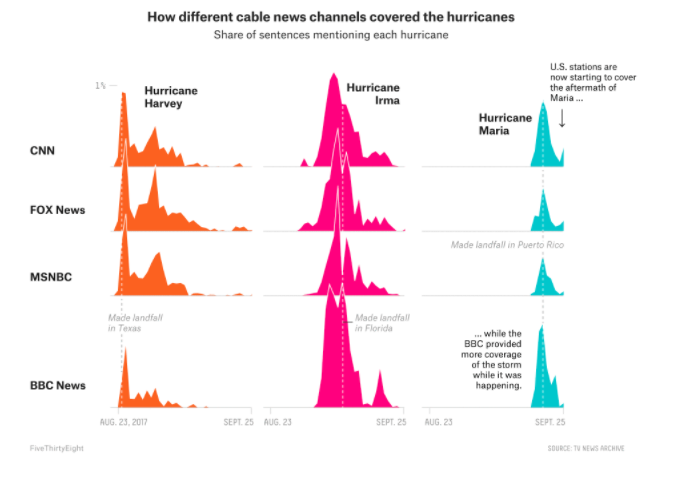 CNN’s Brian Stelter followed up with a similar analysis on “Reliable Sources” October 1.

We’re also working with academics who are using our tools to unlock new insights. For example, Schultz and Jaquith are working with Bryce Dietrich at the University of Iowa to apply the Duplitron, the audiofingerprinting tool that fueled our political ad airing data, to analyze floor speeches of members of Congress. The study identifies which floor speeches were aired on cable news programs and explores the reasons why those particular clips were selected for airing. A draft of the paper was presented in the 2017 Polinfomatics Workshop in Seattle and will begin review for publication in the coming months.

What’s next? Our plans include making more than a million hours of TV news available to researchers from both private and public institutions via a digital public library branch of the Internet Archive’s TV News Archive. These branches would be housed in computing environments, where networked computers provide the processing power needed to analyze large amounts of data. Researchers will be able to conduct their own experiments using machine learning to extract metadata from TV news. Such metadata could include, for example, speaker identification–a way to identify not just when a speaker appears on a screen, but when she or he is talking. Metadata generated through these experiments would then be used to enrich the TV News Archive, so that any member of the public could do increasingly sophisticated searches.

We live in an interdependent world, but we often lack understanding about how other cultures perceive us. Collecting global TV could open a new window for journalists and researchers seeking to understand how political and policy messages are reported and spread across the globe. The same tools we’ve developed to track political ads, faces, chyrons, and captions can help us put news coverage from around the globe into perspective.

We’re beginning work to expand our TV collection to include more channels from around the globe. We’ve added the BBC and recently began collecting Deutsche Welle from Germany and the English-language Al Jazeera. We’re talking to potential partners and developing strategy about where it’s important to collect TV and how we can do so efficiently.

History is happening, but we’re not just watching. We’re collecting, making it accessible, and working with others to find new ways to understand it. Stay tuned. Email us at tvnews@archive.org. Follow us @tvnewsarchive, and subscribe to our weekly newsletter here.

Over the past extremely unpredictable election year, the Internet Archive invented new methods and tools to give journalists, researchers, and the public the power to access, scrutinize, share, and thoroughly fact-check political ads, presidential debates, and TV news broadcasts.

Our efforts were designed to help citizens better understand the patterns of political messages designed to persuade them and find factual, reliable information in what is disturbingly being seen as a “post-truth” world.

The Political TV Ad Archive project proved to be highly useful to our high-profile fact-checking partners, as well as reporters at an array of outlets including The New York Times, The Washington Post, FOX News, The Economist, The Atlantic, and more. By providing data about when, where, and how many times political ads aired on TV in key markets, the project unlocked new creative potential for data reporters to analyze how campaigns and outside groups were targeting messages to voters in different locations.

Breaking events, like political debates and speeches, also offered a chance for archived TV content to shine, allowing reporters to isolate and share clips in near-real time, and fact-checkers to harvest dubious statements for further exploration. In addition, the project’s experience with developing audio fingerprinting (through a new invention we call the Duplitron) for identifying instances of ads inspired a new use: tracking candidate debate sound bites in subsequent TV news shows.

In this way, reporters and researchers were able to analyze and report on which political statements were trending across different TV programs. This provided a way to show how political statements were trending across various networks, revealing the ideological, and agenda-setting and other editorial choices made by news producers about what issues to highlight and overlook.

As Roger Macdonald, director of the TV News Archive, wrote to project partners: “Citizens will increasingly hunger for sound information to inform wise electoral decisions. With our Republic being riven by increasing socio-political chaos and infectious divisions, whose magnitude has not been seen since before our Civil War, we think there are uncommon opportunities to serve citizens with the information for which they will increasingly yearn. We have an historic opportunity to thoughtfully place some grains of sand on the balance pan of reason.”

Here is a quick look at project accomplishments:

Katie Donnelly is associate director at Dot Connectors Studio, a Philadelphia-based strategy firm that has worked with the Political TV Ad Archive.