What are some of the new initiatives from the U.S. Government Publishing Office? Director Hugh Halpern offers an update, which has been incorporated into our program for tonight’s Building Democracy’s Library event.

Many thanks to Director Halpern and the U.S. Government Publishing Office for sharing this update! 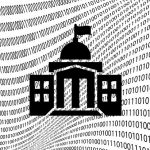