As one of the nation’s oldest and first municipally funded public libraries in the United States, the Boston Public Library (BPL) holds an estimated 23 million items in its collection. It is one of the three largest in the country along with the Library of Congress and the New York Public Library.

“Libraries that are thriving the most are the ones that are reinventing themselves, responding to new demand and new modes of access, simultaneously keeping one foot in traditional services and engaging with the public in new ways,” said Leonard “and that goes for our physical spaces and for our collections.”

BPL has long been a leader in the digitization and scanning of materials and was the first library to partner with the Internet Archive to pilot access via Controlled Digital Lending (CDL) services in 2011. CDL is the online or digital equivalent of traditional library lending – ‘one copy owned, one copy lent’.

The CDL pilot began in Boston as a way of both preserving and giving access to family genealogies and historical cookbooks, and materials that were stored deep in the stacks and rarely circulated. The first pilot was a success and BPL is moving to its next pilot now offering ‘one patron, one copy at-a-time’ access to scanned copies of certain older printed books from the 50,000 historic children’s books in the Alice Jordan Collection, which is housed in closed stacks and unavailable to the public in physical form. A subset of these works are now available at the Internet Archive via CDL, making them available to patrons for the first time, limited to where the BPL’s catalog overlaps with the Internet Archives’ already scanned materials.

BPL also has a strong relationship with Boston-based publisher Houghton Mifflin Harcourt, which has donated a physical copy of every book it has produced since the late 1800s to the Library. While nearly 90 percent of those titles are not in print today, the publisher has agreed to let the library make available a scanned copy of each item in the historical archive through the CDL program, reactivating the collection.

With so many lost titles becoming available again, it has become easier for patrons to discover and access an even broader array of books – in some cases, not only giving renewed exposure to a title that has been out of print, but also generating new revenue streams for publishers. The BPL cites at least one example from its early pilot where an author went ahead with a second printing of a book which had been out of print and was rediscovered through the CDL program.

“We hope as more institutions understand the value, we will be able to bring more content back,” Leonard said. “As well as delivering on our mission of increased public access, this program has the effect of being a real marketing channel for both authors and publishers, something libraries have long been a champion for. It provides a particularly useful channel for people to demonstrate their interest in older works, and can revive their commercial value.” 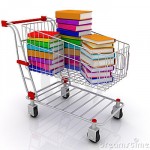 The Internet Archive is on campaign to buy e-Books from publishers and authors; making more digital books available to readers who prefer using laptops, reading devices or library computers.  Publishers such as Smashwords, Cursor and A Book Apart have already contributed e-Books to OpenLibrary.org – offering niche titles and the works of best-selling “indy” authors including Amanda Hocking and J.A. Konrath.

“Libraries are our allies in creating the best range of discovery mechanisms for writers and readers—enabling open and browser-based lending through the OpenLibrary.org means more books for more readers, and we’re thrilled to do our part in achieving that.” – Richard Nash, founder of Cursor.

American libraries spend $3-4 billion a year on publisher’s materials.  OpenLibrary.org and its more than 150 partnering libraries around the US and the world are  leading the charge to increase their combined digital book catalog of 80,000+ (mostly 20th century) and 2 million+ older titles.

“As demand for e-Books increases, libraries are looking to purchase more titles to provide better access for their readers.” – Digital Librarian Brewster Kahle, Founder of the Internet Archive.

This new twist on the traditional lending model promises to increase e-book use and revenue for publishers. OpenLibrary.org offers an e-Book lending library and digitized copies of classics and older books as well as books in audio and DAISY formats for those qualified readers.