It’s been a hot summer already, with massive fires springing up in Lake Tahoe and Neola, Utah in the past two weeks alone. Some researchers and fire safety organizations are trying to start warning us how to spot potential problem areas, especially if we own property nearby, or plan to camp in those areas. The Internet Archive would like to contribute to this discourse with a blog entry about fire prevention and safety. Our collections contain several newsreels and informational films related to historic fires, as well as narrative and animated films: 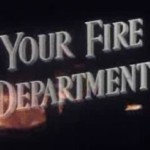 Your Fire Department (in two parts – Part I and Part II): Excellent and detailed 1949 documentary about the workings of the Los Angeles Fire Department, with several firefighting sequences. Shot in Kodachrome.

Stillman Fires Collection – Typical Fire: This is one example from the archive’s 40+ collection of Stillman Fires Films, one of the largest collections of fire safety and prevention films taken in different U.S. cities in the 1920’s through the 1960’s. 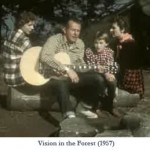 Vision in the Forest: Country singer Vaughn Monroe and his family learn a bit from Smokey the Bear during a camping trip in this musical educational short film from 1957.

Patti Learns what to do: Educational fire safety film showing a policeman giving a demonstration to grade school children about fire prevention. He follows an anecdotal precautional tale about a real life fire, the Chatsworth fire of 1947. Lots of archival footage of the fire, shot on film.

Story of a Forest Ranger: 1954 vocational informational film from the US Department of Agriculture, about the work of a forest ranger. About 19:30 into the film is a lengthy firefighting sequence.

Bark Out, Fire Ecology: The grassroots organizatino BARK leads a tour through the forests near the Clackamas River in Northwest Oregon on a fire ecology trip.

1906 San Francisco Fire: Scenes from the aftermath of the 1906 San Francisco earthquake and subsequent four days of rampant fires that destroyed massive sections of the city. This is the first major natural disaster covered by moving images. 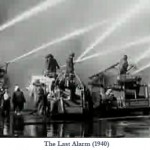 The Last Alarm (1940): Feature-length film about a bored retired firefighter whose sense of purpose gets renewed when he is called back to duty by a rogue arsonist.

A Fireman’s Life (1933): And now for something completely different – very early animated comedy short by Frank Tashlin and Vernon Stallings about a night in the life of two firefighters (also called Hook & Ladder Hokum).

1 thought on “Yelling Fire in a Crowded Archive”