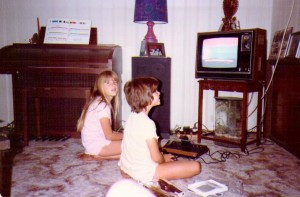 For a generation of children, the most exciting part of a Christmas morning was discovering a large box under the tree, ripping it apart, and looking at an exciting, colorful box promising endless video games. At home! Right in your living room!

The expansion of videogames from arcades, boardwalks and carnivals into the home was a vanguard mounted by companies with names like Coleco, Atari, Magnavox and Odyssey. For hundreds of dollars, you could play as many games as you wanted, for as long as you wanted, on the same TV you watched shows on. The change from the fireplace to television as center of home and hearth began in the 1950s and the home video game sped this process up considerably.

Naturally, these home video games, running on underpowered hardware and not-made-for-the-purpose video screens, were scant competition in the graphics and experience department compared to arcade games. But as they improved, consoles and computer gaming dented and some would argue destroyed arcades as a nationwide phenomenon. Only a small percentage of arcades now exist compared to their peak.

Sadly, the days of the home videogame console being a present under a tree followed by days of indulgent game-playing are not the same, replaced with massive launch events and overnight big-box store stays.

In an expansion of the Historical Software Collection, the Internet Archive has opened the Console Living Room, a collection of console video games from the 1970s and 1980s. 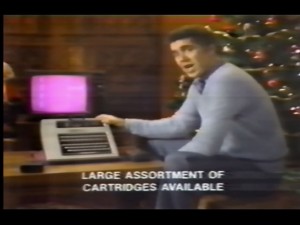 Like the Historical Software collection, the Console Living Room is in beta – the ability to interact with software in near-instantaneous real-time comes with the occasional bumps and bruises. An army of volunteer elves are updating information about each of the hundreds of game cartridges now available, and will be improving them across the next few days. Sound is still not enabled, but is coming soon. Faster, more modern machines and up-to-date browsers work best with the JSMESS emulator.

On this day, we bring forward five vintage game consoles:

Access drives preservation – making these vintage games available to the world, instantly, allows for commentary, education, enjoyment and memory for the history they are a part of. In coming months, the playable software collection will expand greatly. Until then, game on!

88 thoughts on “A Second Christmas Morning: The Console Living Room”