The Wayback Machine, a digital archive of the World Wide Web, has reached a landmark with 400 billion webpages indexed.  This makes it possible to surf the web as it looked anytime from late 1996 up until a few hours ago. 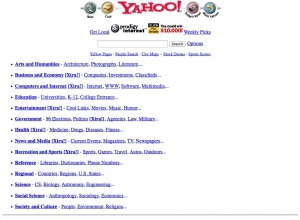 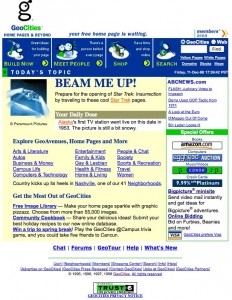 There were even places to start your very own web diary way back in 1999.
Diaryland.com (Captured November 27, 1999) 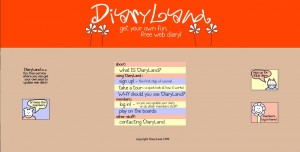 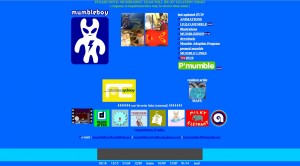 Before there was Borat, there was Mahir Cagri.  This site and the track it inspired on mp3.com created quite a stir in the IDM world, with people claiming that “Mahir Cagri” was Turkish for “Effects Twin” and that the whole thing was an elaborate ruse by Richard D. James (Aphex Twin). (Captured December 29, 2004 and December 7, 2000) 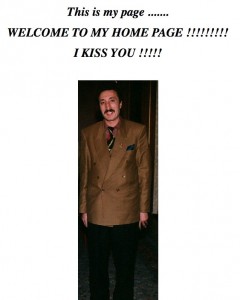 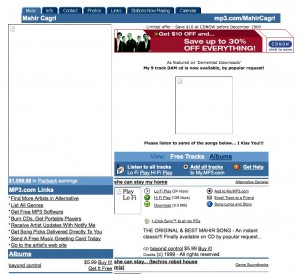 Have you ever wondered what happens when the Wayback Machine archives itself?  Will we fall into a search window of recursion, never to find our way out of the mirror maze again? (Captured October 22, 2008)

I guess we don’t want to break our brains.  Oh, well.

The Wayback Machine has had some exciting adventures over the years as it grew. Here are some highlights:

2006 – Archive-It is launched, allowing libraries that subscribe to the service to create curated collections of valuable web content.

March 25, 2009 – The Internet Archive and Sun Microsystems launch a new datacenter that stores the whole web archive and serves the Wayback Machine.  This 3 Petabyte data center handled 500 requests per second from its home in a shipping container.

June 15th, 2011 – The HTTP Archive becomes part of the Internet Archive, adding data about the performance of websites to our collection of web site content.

May 28, 2012 – The Wayback Machine is available in China again, after being blocked for a few years without notice.

October 26, 2012 – Internet Archive makes 80 terabytes of archived web crawl data from 2011 available for researchers, to explore how others might be able to interact with or learn from this content.

October 2013 – New features for the Wayback Machine are launched, including the ability to see newly crawled content an hour after we get it, a “Save Page” feature so that anyone can archive a page on demand, and an effort to fix broken links on the web starting with WordPress.com and Wikipedia.org.

We’re proud of you, Wayback Machine!  You’ve grown so big on a healthy diet of web captures, and you’re growing more every day.