When one of our employees came out of his home over the weekend, he saw an empty parking space. Granted, in San Francisco, that’s a pretty precious thing, but since this empty parking space had held the Internet Archive Truck for the previous two days, he was not feeling particularly lucky.

A staff conversation then ensued, the city was called to see if the truck had been towed, and after a short time, it became obvious that no, somebody had stolen the Truck.

This in itself is not news: thousands of vehicles are stolen in the Bay Area every year. But what makes this unusual was the nature of the vehicle stolen… the Truck is a pretty unique looking vehicle.

Once the report was filed with the police and a few more checks were made to ensure that the truck was absolutely, positively missing and presumed stolen, the truck’s theft was announced on Twitter, which garnered tens of thousands of views and the news being spread very far. Thanks to everyone who got the word out.

What was not expected, besides the initial theft, was that a lot of people wondered why the Internet Archive, essentially a website, would have a truck. So, here’s a little bit about why.

Besides the providing of older websites, books, movies, music, software and other materials to millions of visitors a day, the Internet Archive also has buildings for physical storage located in Richmond, just outside the limits of San Francisco. In these buildings, we hold copies of books we’ve scanned, audio recordings, software boxes, films, and a variety of other materials that we are either turning digital or holding for the future. It turns out you can’t be a 100% online experience – physical life just gets in the way. We also have multiple data centers and the need to transport equipment between them.

Therefore, we’ve had a hard-working vehicle for getting these materials around: a 2003 GMC Savana Cutaway G3500, often parked out front of the Archive’s 300 Funston Avenue address and making up to several trips a week between our various locations.

In a touch of whimsy, the truck has had a unique paint job for most of its life with the Archive. Notably, this isn’t even the first mural it had on its sides; here is a shot with the previous mural: 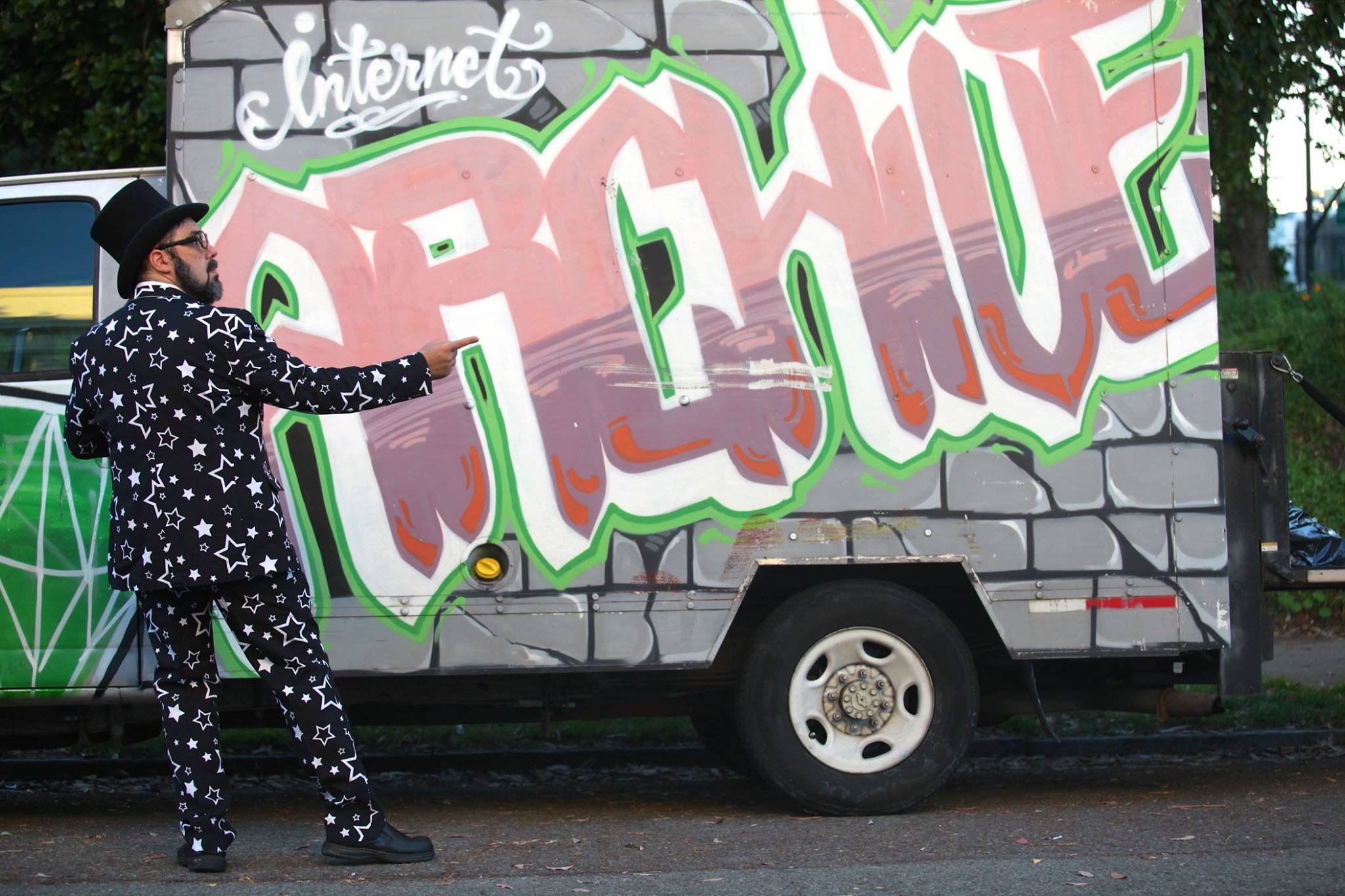 We’re not sure of the motivation in stealing this rather unique and noticeable vehicle, and there seems to be some evidence it was driven around the city for a while after it was taken. But yesterday, we were contacted by the San Francisco Police Department with really great news:

The Truck has been recovered!

Left abandoned by the side of the road, the truck was found and is about to be returned to the Archive, and with good luck, back and in service helping us prepare and transport materials related to our mission: to bring the world’s knowledge to everyone.

Again, thanks to everyone who sounded out the original call for the truck’s return, and to the SFPD for getting a hold of the truck so quickly after it was gone.

9 thoughts on “Truck and Back Again: The Internet Archive Truck Takes a Detour”