Millions of people from around the world visit the Internet Archive every day to read books, listen to audio recordings, watch films, use the Wayback Machine to revisit almost half a billion web pages, and much more. Lately, though, we’ve had a different kind of visitor: gaggles of Pokémon Go players.

(In case you’ve been living in a cave without Internet connectivity for the last month, Pokémon Go is an augmented reality Internet game. Participants on three different teams band together to find and capture as many types of Pokémon as they can, sending Nintendo a goldmine of personal data in the process.) 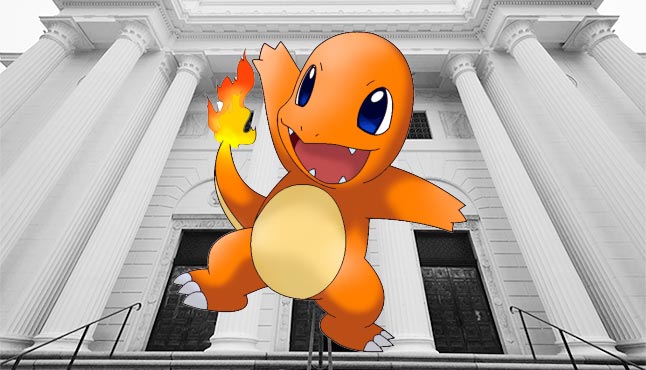 It turns out that the stairs of the Internet Archive’s San Francisco headquarters are a PokéGym, a site where players can train their Pokémon and fight with other Pokémon. Fortunately, the Pokémon warriors aren’t rowdy or disruptive; they resemble somnambulistic zombies stumbling around under the control of their glowing smartphone screens.

As Jean Cocteau noted, “Fashion is everything that goes out of fashion.” Pokémon will join pet rocks, beanie babies, and chia pets in the annals of popular fads sooner than later. Perhaps then the gamers will take advantage of their Internet devices to discover that the Internet Archive has much more to offer than the ephemeral, pixelated creatures outside of our doors.

7 thoughts on “Pokébarbarians at the Gate”