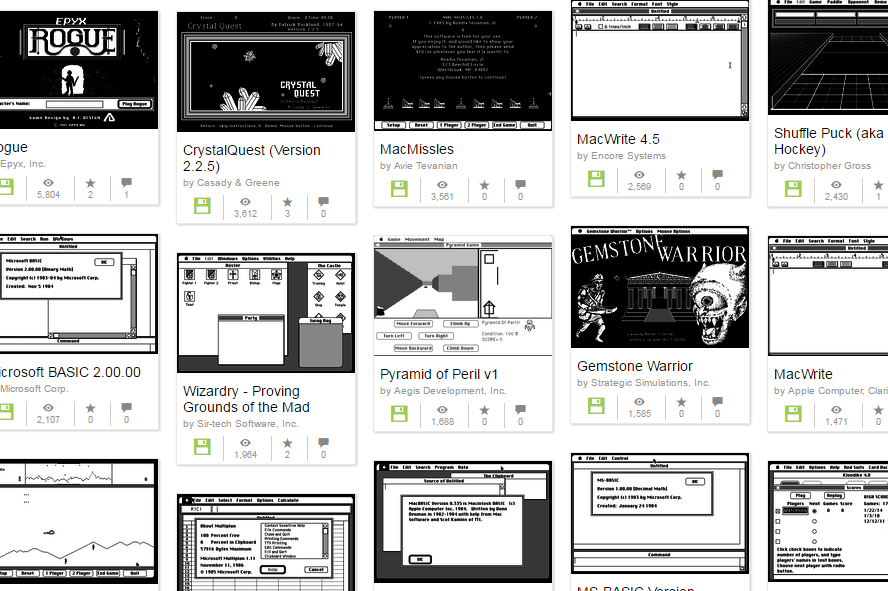 The Internet Archive’s emulated Early Mac collection, which was announced last week, has had all its content screenshotted by hand for maximum visual beauty and accuracy.

Normally, we utilize a set of automated scripts that do screenshotting, allowing for a large amount of uploads to be visually described, but the combination of many different permutations of where to click and which folders to open meant we weren’t getting the best shots for each item. Now, they’re doing justice to the unique and interesting early Mac experience. 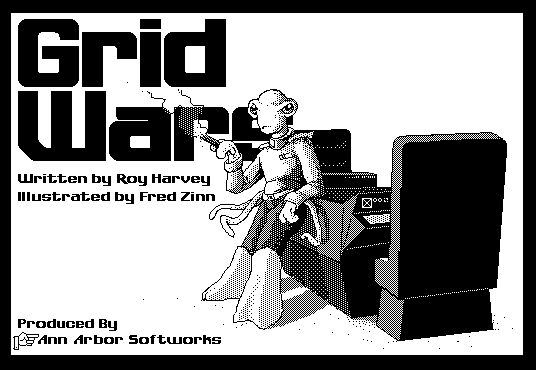 Like many other cases in computer history, the seeming limitations of black-and-white-only screens on early Macintoshes gave rise to truly beautiful and complicated art, which expressed itself crisply on the 9-inch monitors. 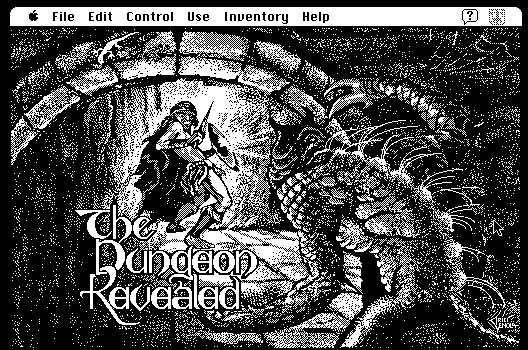 Response to the early Macintosh collection has been resoundingly positive; thanks again to all the volunteers who helped the system work as well as it does. With 60+ titles added and more to come, this is likely to be one of our most memorable and stellar playable software collections on the Archive.

But one more thing….

Throughout the testing process and discussions about emulating Macintosh, a steady drumbeat of requests could be summarized as: “What about HyperCard?”

HyperCard, a hypertext authoring system for the Macintosh, is a legendary environment for creating “Stacks”, which were clickable cards with a wide range of options and features. It is absolutely the inspiration for what ultimately became the World Wide Web.

It was possible to write truly complicated and complete applications in HyperCard, and stacks allowing everything from reference books to games to music – whatever the authors of stacks could come with. It was particularly popular with academics and writers. A great retrospective of HyperCard at its 25th anniversary was written by Ars Technica.

So.. what about HyperCard? Yes, we have HyperCard. 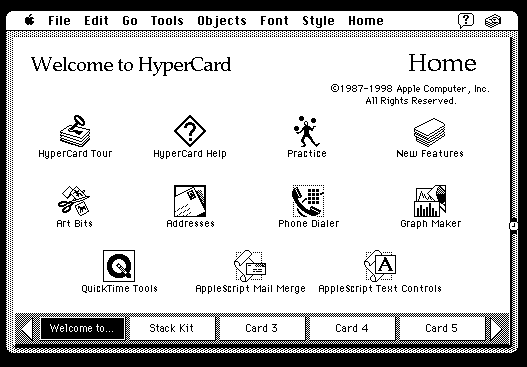 The Emularity Loader utilized by the Internet Archive allows the combining of the content of two items in the Archive’s collections, meaning there can be a “general boot disk” with HyperCard, and then pulling in an uploaded Hypercard Stack.

As of this writing, we’ve added a small number of Stacks to prove the technology, including the “BeerStack” beer-reference, the Adventures of Sean (an interactive cartoon), and a re-created Stack designed by none other than Douglas Adams for calculating the volume of a Megapode nest. 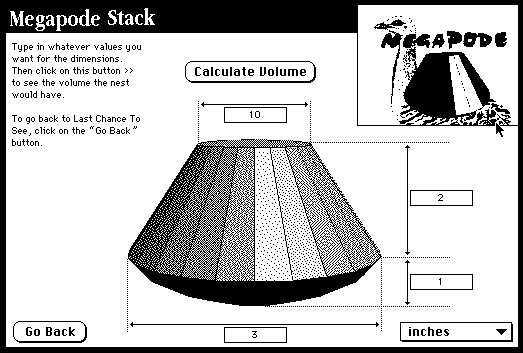 Adding new stacks is relatively complicated, and we’re working on adding more from such sites as HYPERCARD.ORG who have been gathering amazing Stacks for years. If you’re someone who worked on a HyperCard stack in the past, or oversee a collection of Stacks created by others, please feel free to contact hypercard@textfiles.com to receive assistance in adding your stacks, emulated, to the Archive.

We hope this is the start of a large, quality collection of emulated programs at the Archive around the Macintosh, and thank you for spreading the word about it, and the importance of providing instant worldwide access to historical software.

A shout-out to volunteer Stephen Cole who has taken on the mantle of adding new titles to the Macintosh collection over time, including the ingestion of HyperCard stacks.