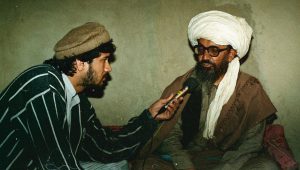 Journalists and others risk their lives to keep the public informed in times of conflict. War imagery provides us with important information in the moment, and creates a trove of invaluable archival content for the future.

Please be aware that this collection contains some disturbing photos of violence and its aftermath (though we have not included any in this blog post).

The Afghan Media Resource Center (AMRC) was founded in Peshawar, Pakistan, in 1987, by a team of media trainers working under contract to Boston University. The goal of the project was to assist Afghans to produce and distribute accurate and reliable accounts of the Afghan war to news agencies and television networks throughout the world.  Beginning in the early 1980’s amidst a news blackout imposed by the Soviet backed Kabul government, foreign journalists had become targets to be captured or killed. The AMRC was an effort to overcome the substantial obstacles encountered by media representatives in bringing events surrounding the Afghan-Soviet war to world attention.

An armed Muj posing for the camera, 1988

Beginning in 1987, a series of six week training sessions were conducted at the AMRC original home in University Town, Peshawar, Pakistan.  Qualified Afghans were recruited from all major political parties, all major ethnic groups and all regions of Afghanistan, to receive professional training in print journalism, photo journalism and video news production.  Haji Sayed Daud, a former television producer and journalist at Kabul TV before the Soviet invasion, was named AMRC Director. 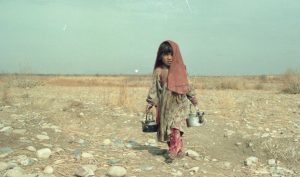 In 2000 AMRC began publishing a popular and influential newspaper in Kabul: ERADA (Intention). With one interruption, ERADA publication continued until 2012.

Beyond the AMRC archive, the AMRC conducted dozens of training programs and workshops for writers and radio journalists, including training programs for Refugee Women in Development (REFWID). The AMRC also established radio and TV studios in the provincial capitaol, Jalalabad, and produced radio and TV programs, including educational radio dramas, for a variety of international organizations. AMRC also conducted public opinion polls in Afghanistan, including an extensive Media Use Survey in Afghanistan, financed by InterMedia, a Washington, D.C. group. 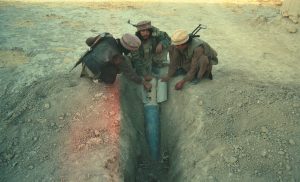 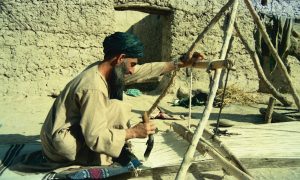 In 2012 AMRC received a grant to digitize the entire AMRC archive, to preserve the collection at the U.S. Library of Congress. AMRC senior media advisors Stephen Olsson and Nick Mills were trained in the digitization processes by the Library of Congress, then spent two weeks in Kabul training the AMRC staff. The digitization and metadata sheets (in English, Dari and Pashto) were completed in 2016, and were welcomed into the Library of Congress with a formal ceremony.  We are now making the entire AMRC collection available through our on-line partner, The Internet Archive.

Now the entire collection is readily available to scholars, researchers and publishers.  All royalties for commercial use of the photo images and video material will continue to support the non-profit work of the AMRC.