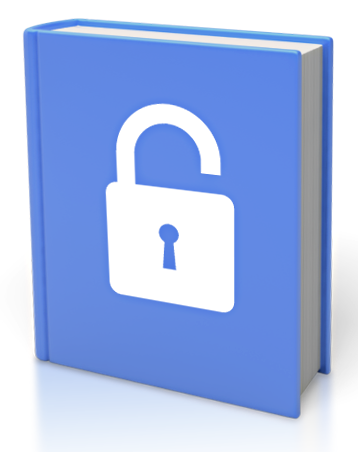 The Copyright Office’s recent report Orphan Works and Mass Digitization contains proposals that could do more harm than good for digitization projects. The basic problem is that the report proposes to set up a similar regulatory scheme to the Google Book Settlement of 2008. The Justice Department, the Copyright Office, libraries, academic authors, public interest groups, privacy advocates, as well as the countries of France and Germany, all objected to the Settlement, and it was ultimately rejected by the court in 2011. Many of the same groups have strong objections to the Copyright Office’s version as well.

The regulatory idea is to set up an “Extended Collective License” system which would establish collective management organizations to monetize and control masses of unclaimed orphan works, along with claimed literary and photographic works. Unlike collective licensing societies such as ASCAP and BMI that artists opt in to, this regulatory regime would apply to works that have no one claiming them–which turns out to be a large percentage of our cultural heritage. These societies would be tasked with collecting licensing fees from nonprofit libraries and website owners. A problem is, most of the owners are nowhere to be found, and so there will be no one to distribute the collected fees to.  Many nonprofit sites wishing to make potentially culturally important materials available have no revenue stream to pay these taxes and would be forced to take materials down. Works that scholars, researchers and the general public may find valuable would go dark, to the benefit of no one at all. This regulatory regime would ultimately become a system for controlling what is in libraries and on websites via taxation, with much of the proceeds going to fund private collecting societies.

For years now, libraries, web communities, and individuals have been posting older works online, and for some commercially viable works, there is a small industry that sends take-down notices. It turns out that a vanishingly small fraction of these older materials are ever objected to. While this system is not perfect, it has allowed for many older cultural materials to join the the valuable and growing resource that is the web. 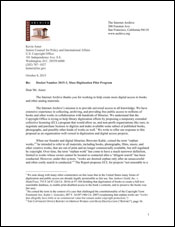 Although it is encouraging that the Copyright Office is trying to help bring our analog cultural heritage into the 21st Century, this proposal seems detrimental to that goal.

We submitted comments in coordination with Creative Commons and Wikimedia, who will submit their own comments tomorrow. Together, we hope to convince the Copyright Office not to ask Congress for a regulatory regime that inhibits fair use and undermines existing and future freely accessible mass digitization projects.

6 thoughts on “Our Comments on Copyright Office Recommendations for Mass Digitization: No Extended Collective Licenses, Please”