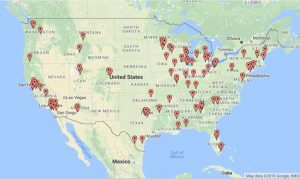 Over the past two years Archive-It, Internet Archive’s web archiving service, has partnered with researchers at the Hubbard School of Journalism and Mass Communication at University of Minnesota and the Dewitt Wallace Center for Media and Democracy at Duke University in a project designed to evaluate the health of local media ecosystems as part of the News Measures Research Project, funded by the Democracy Fund. The project is led by Phil Napoli at Duke University and Matthew Weber at University of Minnesota. Project staff worked with Archive-It to crawl and archive the homepages of 663 local news websites representing 100 communities across the United States. Seven crawls were run on single days from July through September and captured over 2.2TB of unique data and 16 million URLs. Initial findings from the research detail how local communities cover core topics such as emergencies, politics and transportation. Additional findings look at the volume of local news produced by different media outlets, and show the importance of local newspapers in providing communities with relevant content. 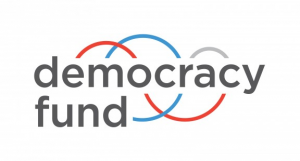 The goal of the News Measures Research Project is to examine the health of local community news by analyzing the amount and type of local news coverage in a sample of community. In order to generate a random and unbiased sample of communities, the team used US Census data. Prior research suggested that average income in a community is correlated with the amount of local news coverage; thus the team decided to focus on three different income brackets (high, medium and low) using the Census data to break up the communities into categories. Rural areas and major cities were eliminated from the sample in order to reduce the number of outliers; this left a list of 1,559 communities ranging in population from 20,000 to 300,000 and in average household income from $21,000 to $215,000. Next, a random sample of 100 communities was selected, and a rigorous search process was applied to build a list of 663 news outlets that cover local news in those communities (based on Web searches and established directories such as Cision).

The News Measures Research Project web captures provide a unique snapshot of local news in the United States. The work is focused on analyzing the nature of local news coverage at a local level, while also examining the broader nature of local community news. At the local level, the 100 community sample provides a way to look at the nature of local news coverage. Next, a team of coders analyzed content on the archived web pages to assess what is being covered by a given news outlet. Often, the websites that serve a local community are simply aggregating content from other outlets, rather than providing unique content. The research team was most interested in understanding the degree to which local news outlets are actually reporting on topics that are pertinent to a given community (e.g. local politics). At the global level, the team looked at interaction between community news websites (e.g. sharing of content) as well as automated measures of the amount of coverage.

The primary data for the researchers was the archived local community news data, but in addition, the team worked with census data to aggregate other measures such as circulation data for newspapers. These data allowed the team to examine the amount and type of local news changes depending on the characteristics of the community. Because the team was using multiple datasets, the Web data is just one part of the puzzle. The WAT data format proved particularly useful for the team in this regard. Using the WAT file format allowed the team to avoid digging deeply into the data – rather, the WAT data allowed the team to examine high level structure without needing to examine the content of each and every WARC record. Down the road, the WARC data allows for a deeper dive,  but the lighter metadata format of the WAT files has enabled early analysis.

Stay tuned for more updates as research utilizing this data continues! The websites selected will continue to be archived and much of the data are publicly available.