The Internet Archive jumped into bitcoin in 2011 after many people asked to donate bitcoins— a non-techy set up our wallet (good sign), and we got about $2,000 worth of donations that first year.  In 2012 we got about $6,000 worth— interesting.

I think of it as the local currency of the Internet. I figured out how to do it (then found an easier way), read the key paper, watched a good intro video, loved watching bitcoin in realtime avoid a financial crisis without a bailout.  This is an “anti-fragile” system that is getting debugged.     Feels like linux where exposing bugs are thought of a good thing rather than prosecuted as a crime.

Then the fun began!  We offered employees to get partially paid in our donated bitcoins— 1/3 said yes, now we are buying sushi and beer.  We were written up in Bitcoin Magazine, The Next Web, arstechnica. 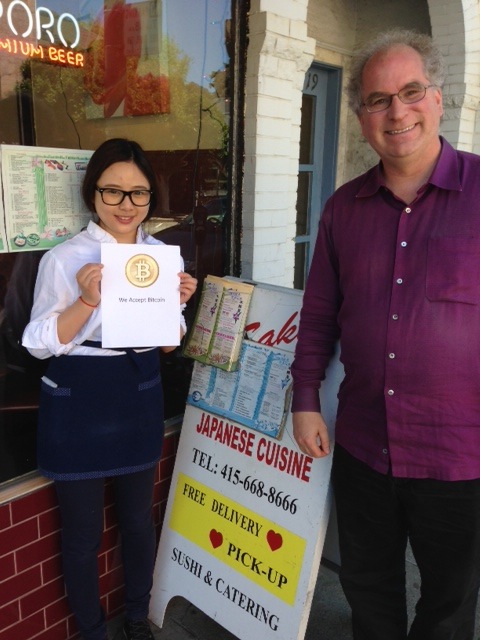 We set up an honor based Bitcoin ATM to convert $ to Bitcoin and Bitcoin to $.   Many people now use it.   Hacker space at NY college following, maybe hacker space in SF.

We offer to take Bitcoin to see a movie about Anonymous at the Archive.   5 people pay with bitcoin.

Bitcoin is becoming a day-to-day currency of the Internet Archive with employees using it as a way to settle small debts, like for dinner.

If you want to try it then set up a “thin” bitcoin wallet on your phone or laptop, come to the Internet Archive, convert some money, then go out to lunch,  drink beer and celebrate.