This is from a talk given by Brewster Kahle,  Founder and Digital Librarian of the Internet Archive, at Commonwealth Club panel titled Open Source Housing for Good on March 9th.  [covered by KQED public radio] 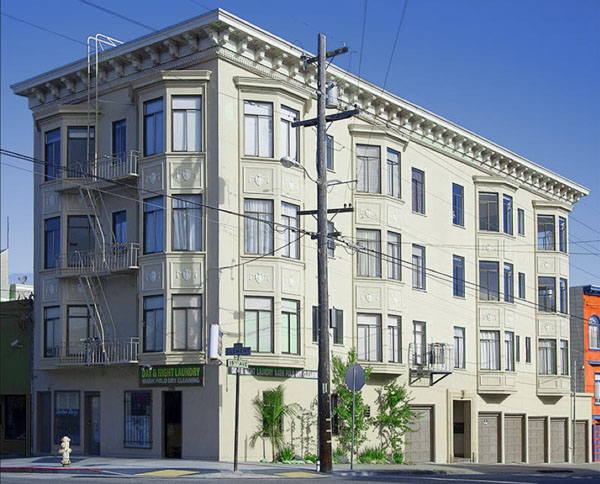 Our employees are being driven from their homes by rising rents; they are commuting great distances because of the lack of affordable housing; they are living in insecurity because of the fluctuation in rent and home prices. 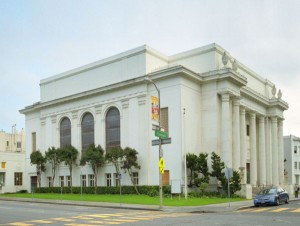 I believe it is becoming harder to attract and keep good people working in nonprofits, including the Internet Archive, because of this problem.

That is a lot more than the “spend less than 25% on housing” that HUD recommends. Turns out that this is not just our employees, and not just the bay area. According to a Harvard study, the average American renter pays 30-60% of their incoming on housing. Similarly, homeowners pay about the same, except for those lucky few that own their houses outright.

The Bay Area is particularly problematic because rents and house prices have been rapidly rising, which is causing dislocations or people feeling locked into apartments and jobs. Nonprofits are particularly hit because their funding does not rise and fall as fast as the market fluctuations. Further, when the market is down, it is exactly the time you want non-profit services to be strong.

So the Internet Archive, and I would say other nonprofits as well, have an existential problem: affordable and stable employee housing.

The Internet Archive and the Kahle/Austin Foundation are trying a new model to help. Foundation Housing as a name for a new housing class : Permanently Affordable housing for non-profit workers.

In this model, a new nonprofit, the Kahle/Austin Foundation House, has been set up to purchase apartment buildings. These rental units are then made available to employees of select nonprofits at a “debt free” rate– basically equivalent the condominium fee and taxes. Typically, the debt makes up about 2/3 of the cost of a building and the other costs (tax+maintenance+insurance) makes up about 1/3.    Since the employee does not pay the debt part, the monthly fee is now about $850-1000/month rather than $2700-3000 current market rent.   This way, the fee to those employees is about 1/3 of the cost of market rent, and we believe more stable than market based rents. 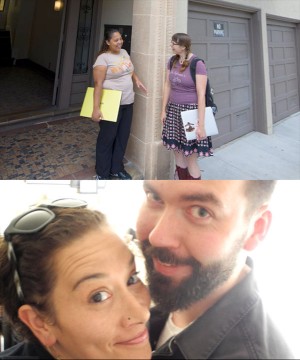 Currently, this is being tried with an 11 unit apartment building in San Francisco 6 blocks from the Internet Archive. As apartments have become available through normal attrition — we do not force the existing tenants out– the Foundation house has made units available to 2 nonprofits, and there are now 3 employees living there. Having a walking commute, lower housing cost, and a nice neighborhood has been well received.

Roxanna used to commute over an hour each way from Bay View on 3 buses, and raising her 8 year old daughter in a building that had drug dealers actively dealing.  Now she walks 6 blocks to work, pays less, and feels safer.

Michelle is a librarian who was being evicted from her apartment and would have left San Francisco and probably would not be now working at the Internet Archive.

And Samantha worried that her rent was continuously on the rise, thinking she might have to leave the city in a few years, likes that the building is feeling more like a community and less like than an anonymous number in an apartment building.

Having housing provided as part of an employee benefit is similar to faculty housing, military, monasteries, and some hospital housing. But having to leave your apartment upon leaving your job is a negative aspect of this model. We have not seen the effect of this because no one has left yet.

So we think we have a model… but how do we make it permanent, and how do we finance it? To help make it permanent, we are borrowing ideas from the free and open source world and creative-commons licenses.  “Some Rights Reserved” rather than “All Rights Reserved“. “Share and Share Alike” rather than “Get Off My Property”.  With free-and-open-source software, the writer is giving up some of the profit potential in return for increased community participation. In the Foundation House, the supporters are giving up the ability to flip the building for a profit in return for making a permanent asset for the public good.

To finance the creation of these, we have thought of 4 ways, and are trying 3 of them already:

We built a credit union with this idea in mind, called the Internet Credit Union. It has plenty of deposits to start creating Foundation Housing, but alas, the credit union regulators (indirectly controlled by the banks) are not allowing us to make mortgages. This is a sad state of affairs for our nations new credit unions, but is not the subject of this talk.

We have tried the “endowment” approach with the current Foundation House, where we appealed to major donors for an endowment in the form of a building. The attraction is that it is much like an endowment, but instead of having money in a Goldman Sachs account, where they do their magic to make some return, the building-as-endowment is both good deal financially, and helps the nonprofit support their employees.

Beyond this, we would like to look into raising money through a low-interest bond, say for $100 million, to government and local investors, to fund the purchase of these houses, then using market based renters to pay off the bond. This way the buildings would slowly transition into debt-free Foundation Housing.   We have not tried this yet.

Lastly, and maybe most promisingly, there are people that are looking for new answers and participating in conversations like this.  A number of people in the Bay Area are starting co-working spaces and group houses .  When these are being started can be a good time to set up a structure to work off debt and keeping it off — then use the benefits to perpetuate a mission. While still in formation, there seems to be interest from people like Jessy Kate and others.    This could be helped by creating a Foundation Housing License that others could adopt or remix.

With about 10% of all employees in the US working in the non-profit sector, maybe we could hope for 5% of US housing to become Foundation Housing to provide stable, affordable housing for those dedicating themselves to service.

[Other pieces on this]