The public domain is an invaluable component of our culture, allowing for the remixing, reinterpretation, and redistribution of designated works without restriction. On December 17th, we’ll be celebrating the works published in 1925 that will be moving into the public domain when the clock strikes midnight on January 1, 2021. Our virtual celebration is free and open to the public.

As part of our celebration, we’re bringing together leaders in the open world, intellectual property, and social justice to discuss the value of the public domain for creative expression and open scholarship, and provide perspectives on the marginalized communities that have been left out of the copyright system in the United States.

KEVIN J. GREENE, SOUTHWESTERN LAW A graduate of the Yale Law School and a veteran of the United States Marines, Professor Kevin J. Greene is the John J. Schumacher Chair Professor at Southwestern Law in Los Angeles, California. Professor Greene’s scholarship in the areas of copyright, trademark and publicity rights has garnered national and international recognition in the intellectual property (“IP”) arena, particularly his pioneering work on African-American music and copyright law.

JENNIFER JENKINS, CENTER FOR THE STUDY OF THE PUBLIC DOMAIN Jennifer Jenkins is a Clinical Professor of Law at Duke Law School and Director of Duke’s Center for the Study of the Public Domain, where she writes its annual Public Domain Day website. She is the co-author (with James Boyle) of two comic books — Theft! A History of Music, a 2000-year history of musical borrowing and regulation, and Bound By Law?, a comic book about copyright, fair use and documentary film — as well as the open coursebook Intellectual Property: Cases and Materials (4th ed, 2018). Her articles include In Ambiguous Battle: The Promise (and Pathos) of Public Domain Day and Last Sale? Libraries’ Rights in the Digital Age. She is currently writing a book on “Music Copyright, Creativity, and Culture” (forthcoming from Oxford University Press).

HEATHER JOSEPH, SPARC Since her appointment as SPARC’s Executive Director in 2005, Heather has focused the organization’s efforts on supporting the open and equitable sharing of digital articles, data, and educational resources. Under her stewardship, SPARC has become widely recognized as the leading international force for effective open access policies and practices. Among her many achievements, she convened the Alliance for Taxpayer Access and the Open Access Working Group, which provided critical advocacy for the establishment of the landmark 2008 NIH Public Access Policy and the 2013 White House Memorandum on Public Access to Federally Funded Research.

BREWSTER KAHLE, INTERNET ARCHIVE A passionate advocate for public Internet access and a successful entrepreneur, Brewster Kahle has spent his career intent on a singular focus: providing Universal Access to All Knowledge. He is the founder and Digital Librarian of the Internet Archive, one of the largest libraries in the world. In 1989, Kahle created the Internet’s first publishing system called Wide Area Information Server (WAIS), later selling the company to AOL. In 1996, Kahle co-founded Alexa Internet, which helps catalog the Web, selling it to Amazon.com in 1999. The Internet Archive, which he founded in 1996, now preserves petabytes of data – the books, Web pages, music, television, and software that form our cultural heritage.

KATHERINE MAHER, WIKIMEDIA FOUNDATION Katherine Maher is the CEO of the Wikimedia Foundation, the nonprofit organization that operates Wikipedia and the Wikimedia projects. She is a longtime advocate for free and open societies, and has lived and worked around the world leading the introduction of technology and innovation in human rights, good governance, and international development. Katherine has worked with UNICEF, the National Democratic Institute, the World Bank, and Access Now on programs supporting technologies for democratic participation, civic engagement, and open government. She is a member of the World Economic Forum’s Global Council on Human Rights and the Council on Foreign Relations, and a fellow at the Truman National Security Project. She is on the Board of the American University of Beirut, and the Digital Public Library of America.

LATEEF MTIMA, INSTITUTE FOR INTELLECTUAL PROPERTY & SOCIAL JUSTICE Lateef Mtima is the Founder and Director of IIPSJ; he is also a Professor of Law at the Howard University School of Law where he regularly teaches courses in intellectual property law and commercial law. Professor Mtima is a graduate of Amherst College and Harvard Law School. He has published numerous articles on copyright, publicity rights, and diversity in the legal profession, and is the editor of Intellectual Property, Social Justice, and Entrepreneurship: From Swords to Ploughshares (Edward Elgar 2015), and a co-author of Transnational Intellectual Property Law (West Academic Publishing 2015).

CATHERINE STIHLER OBE, CREATIVE COMMONS Catherine Stihler OBE is the CEO of Creative Commons. She has been an international champion for openness as a legislator and practitioner for over 20 years. After graduating from St Andrews University, she worked in the British House of Commons as a researcher before successfully standing for election as a Member of the European Parliament (MEP) for Scotland in 1999, representing the UK Labour Party. In 2019, Catherine was awarded the title of Officer of the Order of the British Empire (OBE) by Her Majesty the Queen in recognition of her services to politics. Catherine joined Creative Commons in 2020.

Internet Archive invites you to a fun evening in San Francisco on October 24th for our once-a-year celebration and announcements of new services. (And it just so happens to fall on 1024, which our fellow geeks will recognize as 2^10.)  We will drink and be merry with our friends, then gather together to tell you about the new steps we’re taking to guarantee permanent, free access to the world’s knowledge. 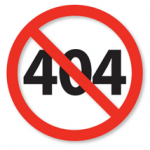 Please RSVP – we don’t want to run out of wine!